I was expecting a story about how life in Syria got so awful that Omar and his family had to leave, becoming refugees and ending up in Britain after much hardship on the way, followed by their life here, and how they were received. 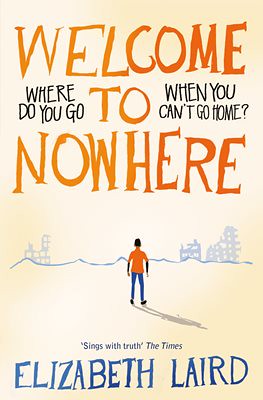 That’s not the story Elizabeth Laird wrote, however. Welcome to Nowhere is exactly that; it’s about a family of seven, who have to leave their home in Bosra when the troubles in Syria begin, and they move in with Omar’s grandmother. Soon they have to flee again, and again. In the end they really do end up in ‘Nowhere.’

Omar is about 13 when we first meet the family, with an older sister and an older brother, who has cerebral palsy, plus two younger siblings. The father works for the government, something that turns out not to be so good in a country where civil war is about to break out.

This is the Syrian crisis from the inside. I’ve read the papers and seen the news on television, but I didn’t know it like this. There isn’t all that much about the actual, physical war. It’s more how a normal family tries to survive, as the reality of the situation slowly dawns on them. How they realise that they might never go home.

Elizabeth Laird as always is very good at showing the reader how people in other countries live. It’s one of the most valuable things about her writing, as well as the thrill of her plots. So we learn how Omar is the one who does things, his clever older sister is destined to be married off, when all she wants is to go to school, and Musa is invariably described as a cripple and an imbecile, even by [some] members of his own family, when he is also extremely intelligent. Their mother has to obey her husband, and it is fascinating to see what it takes to make her stand up to the men in her life.

They all grow up in this story. I’m not sure who grows the most.

Welcome to Nowhere has completely changed how I look at Syria, leaving me wanting to do more, but feeling helpless in what has become a country against refugees.

Everyone should read this book. 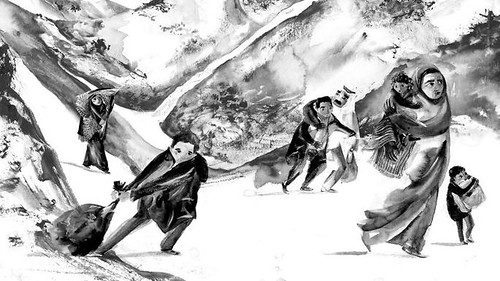