I’d never heard of the Hosking Houses Trust, or the village of Clifford Chambers, and I’m guessing neither have you. The trust provides women writers with a “room of one’s own” where they can write in peace. And as such places require funding, they have commissioned a short story collection from past incumbents, and that’s Kiss and Part.

This is great fun to read and not in the slightest as worthy as it might sound. The introduction is by Margaret Drabble, and the list of authors has some names more famous than others on it, and all have contributed something original, something that connects with the cottage and the village. 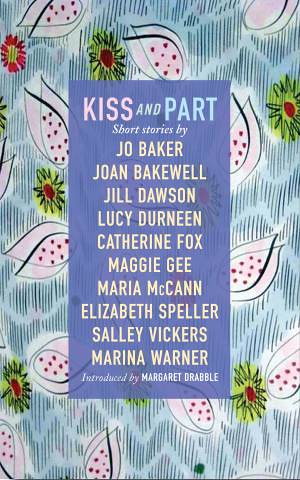 We meet Shakespeare. After all, it’s more or less in his backyard. There is poetry. There are long stories and shorter ones, and they are all interesting in their own way.

I especially enjoyed The Incumbent by Elizabeth Speller, where I was at first annoyed by the seemingly narrow-minded narrator, but grew to understand her and to sympathise, and the ending is a masterpiece.

The stories are all different, as are their authors, and the fascinating aspect is how they all connect to the same place, while still being so diverse. They mirror literature today, showing us quality while proving this doesn’t have to be in just the one style.

From road rage to eyebrows

Did I ever tell you about my ‘crush’ on Meg Rosoff? Well, anyway, I quite like her. And her books. So it was high time the Guardian Weekend did one of their profile thingies on her. Interestingly, she – or the editor – picked out her tendency to ‘inspire road rage’ for the headline. It was one of my earliest discoveries with Meg. You know, when she is on the verge of opening the car window (on the passenger side) to say something ‘interesting’ to the driver over there. And you’d rather she didn’t, because you are sitting in the passenger seat, and you’d quite like to survive a few more days.

Being in a car with your hero is obviously the thing. Addy Farmer published the shortest, but most succinct, blog post on getting close to someone she admires, after she gave Malorie Blackman a lift. I wish I could be that brief.

Another blog entry I was overjoyed to read, was the one on ABBA by Liz Kessler (who only happens to be the subject of Daughter’s huge admiration). It left tears in my eyes, and I believe, in many more eyes than mine. The hard thing about children’s authors coming out must be that while children are generally not prejudiced, they depend on adults to buy their books for them. So if children’s authors are being over-cautious, it’s because of the ‘grown-ups.’

But hero worship is not limited to people like me or Daughter or Addy. Heroes ‘suffer’ from it as well. It was fascinating to read about Margaret Drabble’s admiration for Doris Lessing. Both the ease with which she got to know her, how Doris Lessing ‘used’ her, and about having lunch with Margaret’s cleaner.

And as we are moving up in the world (in this blog post, I mean), I need to share with you the glorious moment when MMU Writing School director and organiser of the Manchester Children’s Book Festival, James Draper, met the Queen. James had better not have washed that hand since, as I’m hoping to shake it when I next see him.

Last but not least, we have someone else whose work I admire. If you can call it work? Someone who sadly has lost his cleaner, but who still has two ladies come and do his eyebrows. At home. Yes, it is Tim Dowling. When it comes to entertaining people by writing about everyday life, Tim is master of the kind of humour that ‘just happens.’ The trick is to know when and how to use it.