15 things NOT to do with a Puppy

March 23rd is National Puppy Day. At least if you’re American. But yes, it’s nice to have a day for puppies.

Margaret McAllister has written a short, but informative, picture book on what not to do with a puppy, with adorable puppy illustrations by Holly Sterling. 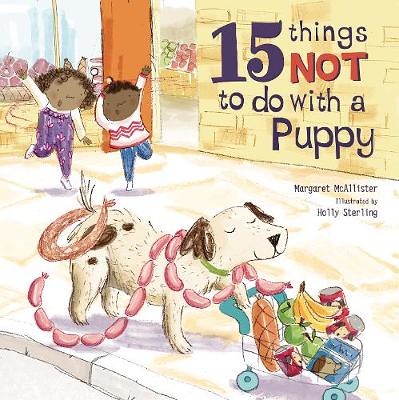 Apparently you shouldn’t try to teach your puppy to play the tuba. Personally I feel it’d be an all right kind of thing to do. Most likely impossible, and if it worked, the neighbours might be annoyed, but it seems an OK idea as such.

The 15 things are clearly silly, and you’d never really try any of them, but that’s the fun of this book. Although… maybe… No, perhaps not.

Then there is some common sense advice at the end, on how to treat your puppy, to become really good friends. But be warned, if you don’t already have a puppy, you’ll want one now.