Shetland Noir, only once removed

I’m the kind of witch who can recognise Denise Mina from behind, out of context (i.e. not at some book festival). On the other hand, my Shetland Noir representative, Helen Grant, had no idea who this ‘tremendously likeable’ woman was, gorgeous black furry boots and all. They travelled on the same plane, which despite it being Friday the 13th suffered no mishap, which is lucky for Scottish crime and its future. Helen did know the other crime writer at the airport, though, as she had been at Oxford with MJ McGrath. 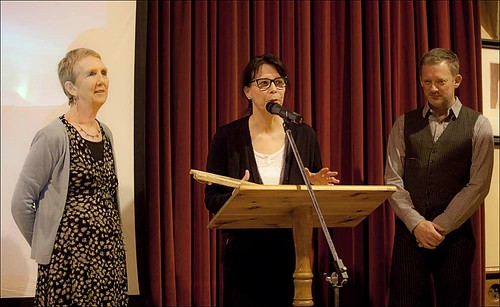 Helen was on her way to Shetland to receive the Jimmy Perez Trophy for writing the winning short story – The Beach House – from, as it turned out, the very hands of Jimmy Perez, aka actor Doug Henshall. Not bad for a simple misuse of a kitchen utensil. (I can just see how he stands there muttering, ‘not the cheese grater. Please not the cheese grater!’) 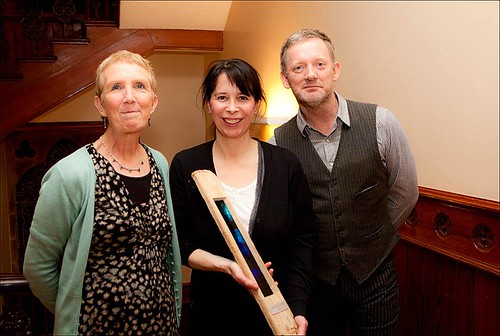 Strangely (!) Helen was quite keen to see a bit of beautiful Shetland while she was there, so apart from the grand reception and award thing on the Friday night, she ‘only’ went to two events, but they both sound really good. Also very female, because as we know, women scare and kill best. Just look at Helen herself. 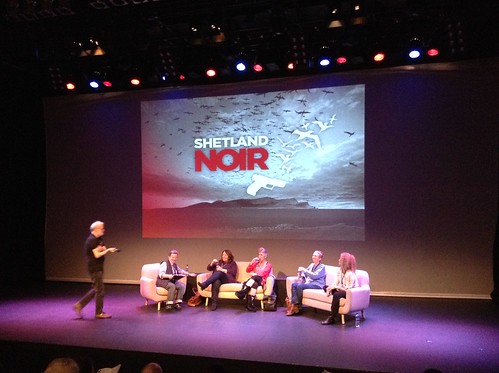 There was a panel on the benefits and pitfalls of screen adaptations, with Alexandra Sokoloff, Ann Cleeves, Denise Mina and Mari Hannah, chaired by Jacky Collins. It’s apparently a bit like adopting a baby, and learning to step away. Ann Cleeves had Vera Stanhope adapted after the producer picked up a copy of her book in Oxfam.

According to Alexandra, who has a past as a screenwriter, in America television does sell books, whereas Ann recognises that viewers might not be readers. Denise has had a very successful adaptation made from her book, totally authentic down to the 1980s Irn Bru sign on Central Station.  And on the benefits of adapting a book, Denise said that we love books – ‘That’s why we’re all dweebing out when there’s a perfectly good craft fair on.’ The book is the real connection with another human being. 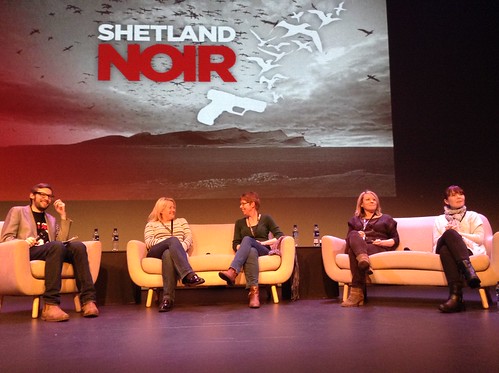 The cheerfully named Killer Women is a London-based group of female (obviously) crime writers, which started as a social group, but now meet to discuss murder as well. In Lerwick Laura Wilson, Helen Giltrow, MJ McGrath and Louise Millar spoke to Jake Kerridge about women in crime, both as writers, detectives and victims. Apparently if the victim is male he must suffer as a spy or at war, and not in a domestic setting.

MJ McGrath enjoys turning things round, like having a female detective instead of just as the sidekick. Her male detective breeds lemmings, in order to replace those who jump off cliffs… Louise Millar has interviewed people affected by crime, several years afterwards, to learn of the long term effects. And MJ interviewed some Hell’s Angels after a murder. She felt that being a woman was an advantage in that situation: ‘Either they want to impress you or they don’t take you seriously.’

Women are ‘equal opportunities readers’ and will read books by both women and men, but men are more likely to read men. Helen Giltrow, who works in a male dominated sector, espionage, has been told ‘you write like a man.’ MJ commented that ‘I have been told with great sincerity and as a compliment, I write like a brunette!’

On sex and violence Laura said that she has heard male writers say that women can go further because if a man writes about sexual violence people will think that he is a pervert who really wants to do it! Louise added that there is also the issue of having to write ‘likeable’ women, which is very constraining.

On the gossip front the latest news from Ann Cleeves seems to be a non-crime (I’m guessing non-fiction) book about Shetland. Because she loves it. Alex Gray is incredibly nice, and she and Helen talked about Bloody Scotland. Valerie Laws’ sleep was not helped by waves breaking against the hotel wall right beneath her window. (At least the sea stayed on the outside.) Marsali Taylor wins [Helen’s] prize for best dressed crime writer, with a stunning fuchsia silk fitted dress with gold embroidery and matching trousers.

After a weekend like this, Helen can almost see herself having more of a go at adult crime. It was ‘inspiring.’ And next time she flies to Shetland, her woolly hat will be in her hand luggage. 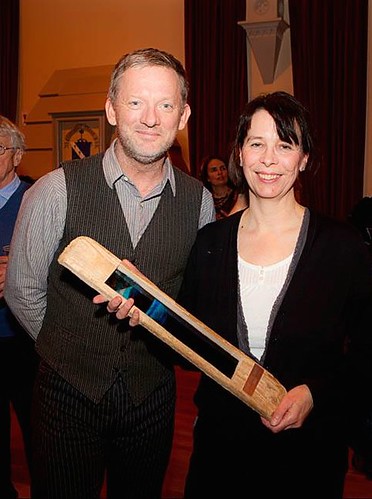