At the end of this randomly chosen event, my imagination ran away with me for a bit. I couldn’t help but think that maybe someone in the audience had been there to gather ideas for how to kill… In which case there would have been much inspiration. Or, I suppose, someone could write a crime novel about this possibility. Feel free to use. 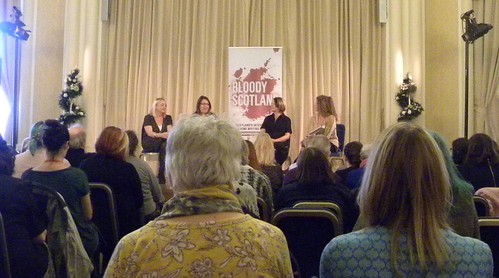 Women are far scarier than men, and Alexandra Sokoloff, standing in for Lin Anderson, promised some killing of men the following day. So I’m guessing Saturday’s Family Secrets panel was a little milder.

Caroline Mitchell, Ruth Ware and Mel McGrath have a lot of pseudonyms between them. Alexandra was barely able to list them all.  And of course we wouldn’t rather have gone to the football! A group of muddy male crime writers is nothing compared with murderous females.

So, domestic noir. Caroline’s new novel features a woman who discovers her biological parents are infamous mass murderers, and she is asked to come and meet her real mother, in exchange for some information on the victims’ whereabouts. Caroline really likes ‘evil mothers; bad female antagonists.’ 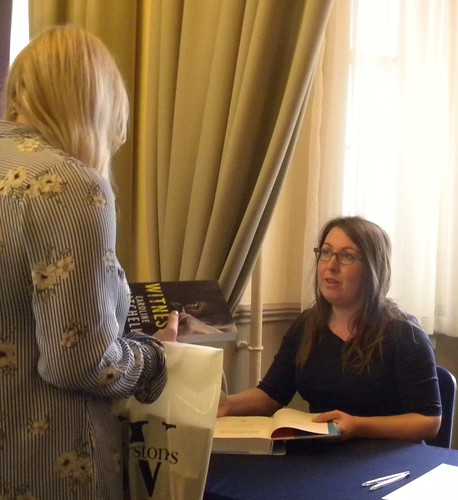 Compared to that, Ruth’s heroine who is offered an inheritance that isn’t actually hers, but a mistake, sounds more like a picnic. Except I gather there are interesting undercurrents in the family of the dead woman who wanted to give her money away, in a Gothic sort of way.

And Mel had been inspired by a friend’s experience of discovering her adopted son holding a knife to her biological child. It’s about children’s secrets, and nature versus nurture. Can you prevent serial killers from becoming killers? Because ‘kids are just people.’

According to Mel what you do or say within the family, means you are making choices every day. Caroline calls herself a ‘very nosy person.’ Mel used to have criminals as neighbours and she and her writer husband used to vie for listening to them through the shared wall, hoping to learn something to write about. 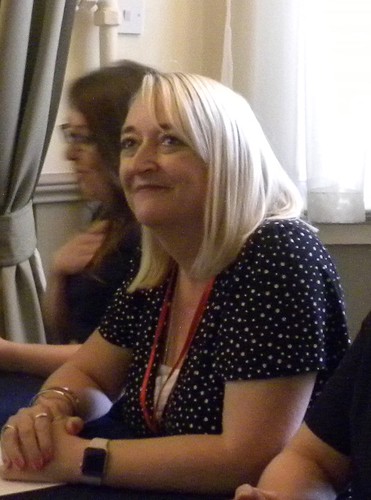 Asked about their research Caroline makes use of her nine years in the police. It’s a good background and she’s been ‘really lucky.’ The worst time for domestic crimes is around dinner; especially Christmas dinner. She sees her writing as therapy, having burned out during her time with the police. Crime writers are the nicest. 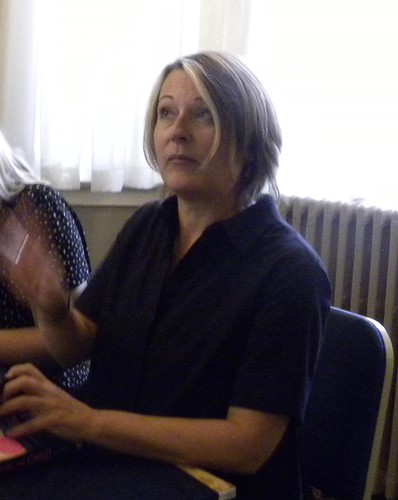 Mel finds it easy to ask people what she needs to know, as most professions want to be properly represented in books, so are happy to talk. She finds that the right amount of really nice cocktails helps, and one of her new friends can pick a psychopath in a crowd.

Faced with the cocktail idea, Ruth said she can’t be ‘bothered to research’ as she has small children. She reads and uses the internet as her ‘easy option.’ And she admits she always had safe jobs.

Not so Mel, who as a journalist learned that some things you don’t report, if the upside of your silence means you stay alive. 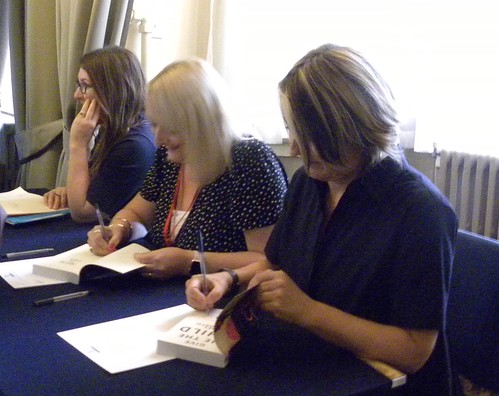 And right now I’m a little hazy on which of these lovely ladies had a ‘grandfather who was a petty gangster in the East End.’ Doesn’t matter. They are all ‘killer women’ and on Saturday they convinced a man who was only accompanying his wife, to buy some crime novels and start a new life in crime. 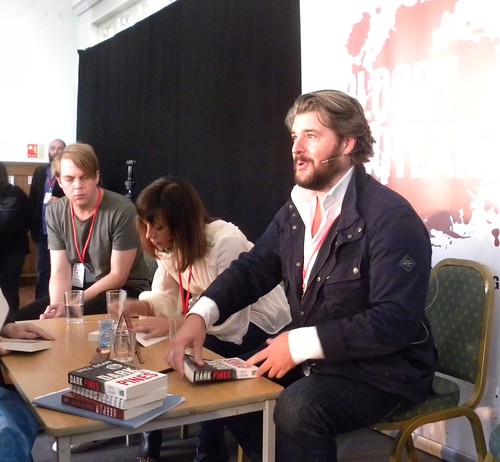 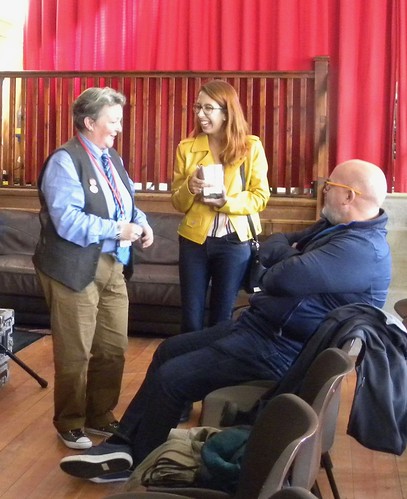 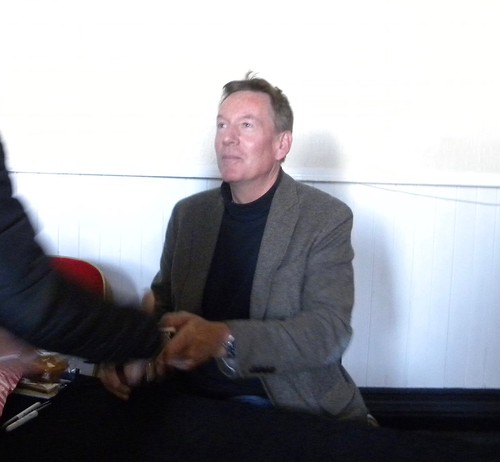 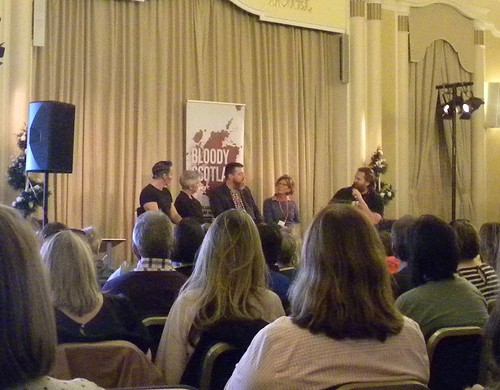 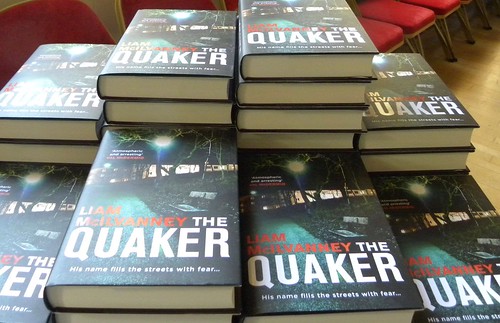 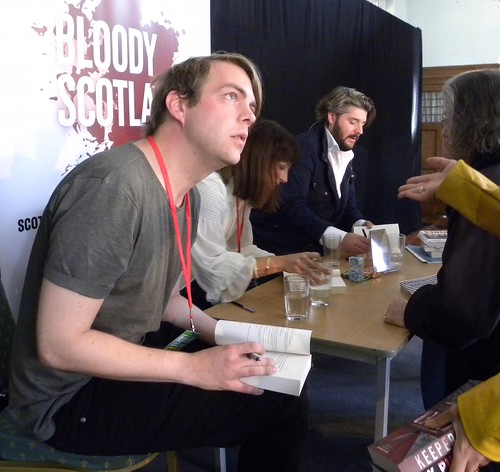