I was about eleven, maybe twelve, and I thought it was a stupid title. Unga Kvinnor it was called in Swedish. But it was a gift – most likely from the Retired Children’s Librarian – and in those days I combed the shelves at home for possible books to read, so I read it. Despite the title.

It didn’t take many pages before I was hooked and I loved it and I read everything about the March girls, like generations of other young females. 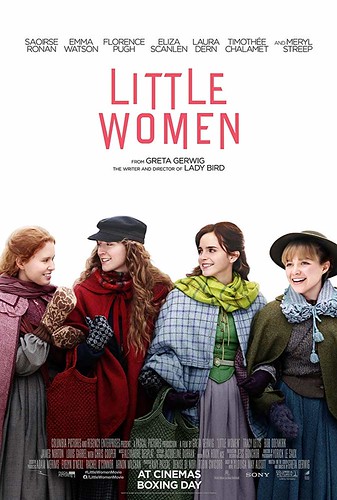 We went to see the film this weekend and on the way home Daughter and the Resident IT Consultant ‘fought’ over who’d get to read it first. It’s probably a reflection on them having enjoyed the film… As did I. The director, Greta Gerwig, is quite possibly a genius.

Starting at the end made a tremendous difference. If nothing else, it created a sort of Schrödinger’s Beth; you never knew whether she was still alive, or not. At times it was a little hard to be sure where in the story we were, although the length of Jo’s hair helped.

I hope lots of young readers will see this film, and not just us oldies who know what to expect. I hope it means they will read the book, and that it will change many lives. Apart from my early dislike of the title, I grew up at a time when classics got the attention they deserve. Now, I suspect most younger readers stick with new fiction [because there is so much of it]. Emma Watson has helped, by hiding/leaving copies of the book in London, as well as thousands across the UK as a whole.

Find it, read it, and leave it for someone else to discover. 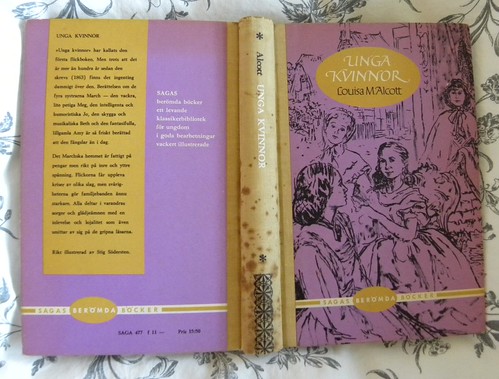