Today I give you a – very – brief profile of Phil Rickman. And no, I had never heard of him before this. He is an adult crime writer (I know, most writers are adults. It was the crime I meant) and he’s one of the contributor’s to OxCrimes: 27 Killer Stories from the Cream of Crime Writers, which is out today. I thought it’d be an adventure to meet someone totally new – to me – and hopefully Phil didn’t mind too much having to answer stupid questions from a Bookwitch he’d never heard of before, either.

Between you and me, I find his answers admirably informative while not wasting anybody’s time. And he is clearly a witty man. I like witty men (within reason). 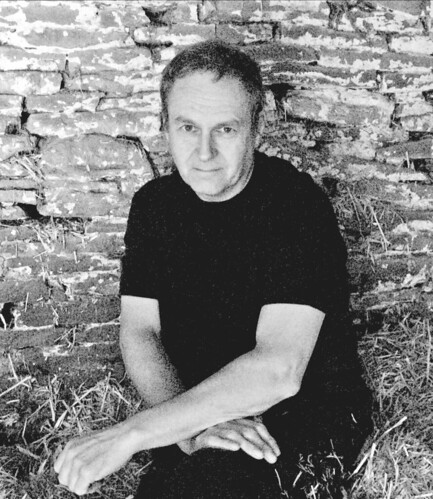 How many books did you write before the one that was your first published book?

One. The Secret of Shimmering Cliffs. (I was nine)

Best place for inspiration?
Bath (the tub, although the town has its merits).

Would you ever consider writing under a pseudonym? Perhaps you already do?
Twice. All four books bombed.

What would you never write about?
A superhero.

Which of your characters would you most like to be?
Ethel, the vicarage cat.

Do you think that having a film made of one of your books would be a good or a bad thing?
Depends if I had to watch it.

What is the strangest question you’ve been asked at an event?
I’ve heard there’s supposed to be a writer here today. Don’t know who it is, do you?

Do you have any unexpected skills?
Demolition (according to my wife).

Who is your most favourite Swede?
Eva Gabrielsson (the ripped-off Mrs Stieg).

How do you arrange your books at home? In a Billy? By colour, or alphabetically?
Hang on… there are people who actually arrange books by colour? Is there a medical term for this?

Which book would you put in the hands of an unwilling eight-year-old boy reader?
Probably not The Secret of Shimmering Cliffs.

If you have to choose between reading or writing, which would it be?
There’s a difference?

You can tell Phil hasn’t moved in the same circles as you or I have, or he’d understand about the colour of books. But he seems quite nice anyway, and got the Famous Five versus Narnia question right. And before long I might stop calling him Rick…

Phil will be talking about OxCrimes at Hay on the 28th of May (that rhymed quite nicely), and the book – which I recommend you actually buy – is available from Oxfam, as well as all those usual shops you sometimes buy from.