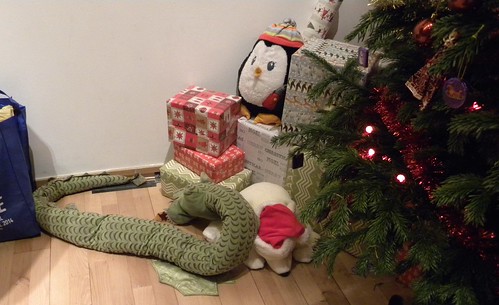 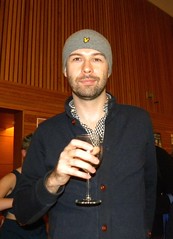 I should have known. I was reading Lari Don’s book on the train to Edinburgh yesterday, and it features a boy called Roy (which is a less common name than you’d think). Clearly it was there to warn me that within a few hours I would behave really rudely towards another Roy (Gill) in a way that can best be described as that unpleasant way older women say things. I shall henceforth strive for young age and better judgement, not to mention hearing. Possibly thinking before I speak.

Anyway, I’ll blame it on Kirkland ‘Him Again’ Ciccone. It’s the accent. It gets me every time. 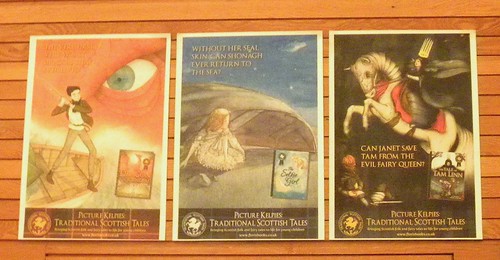 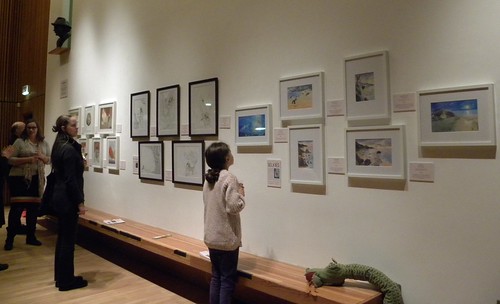 So, there we all were, at the Scottish Storytelling Centre, to admire the art by three young illustrators, who have made fantastic pictures which accompany three traditional stories by Theresa Breslin (The Dragon Stoorworm), Lari Don (The Tale of Tam Linn) and Janis Mackay (The Selkie Girl), published by Floris. The exhibition will be on from today until the 24th January next year. Do go and see it, and have some tea in the café, which I’ve been assured is lovely. I’ll be trying it myself one of these days. 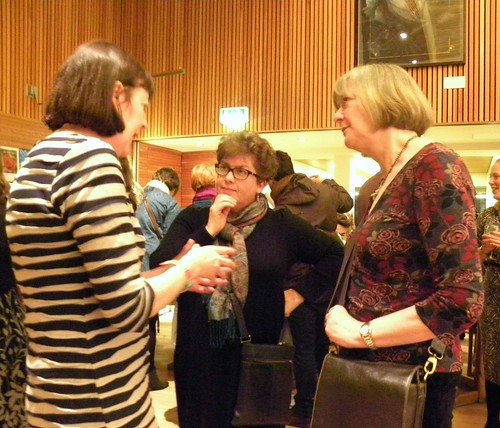 The ‘usual’ lot of Edinburgh literary people were present. The further west you came from, the less likely you’d be to have managed to get there, seeing as we were blessed with a bit of a storm. Not so much that the ferris wheel stopped for long, but enough to flood things and prevent certain people from travelling. Kirkie even checked with me to see if I thought we’d be unable to go, but the Resident IT Consultant could foresee no problems. 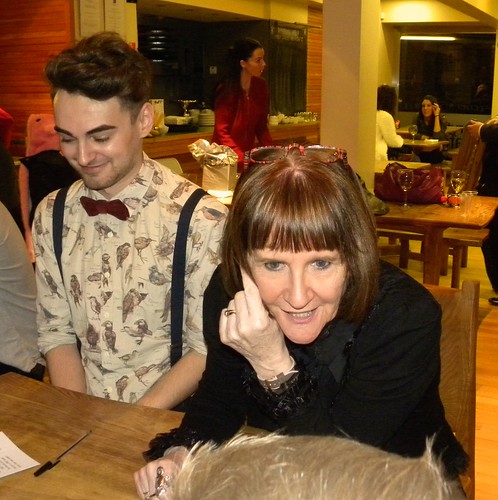 Speeches were made, and crisps were eaten, washed down with wine and juice. Theresa talked about her story while her illustrator Matthew Land told us about how he went about doing the pictures. Apparently a green dragon against the green hills was, well, too green. The dragon is now red. 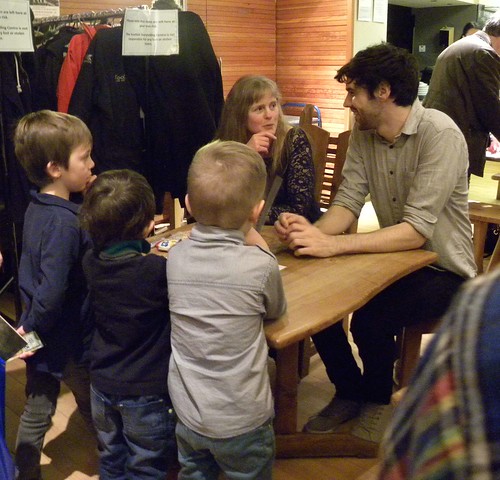 Lari wanted to thank people involved in making the books, including one person who she said she didn’t know what they did, but still. Her illustrator Philip Longson was saying how he’s not used to being with people or make public speeches. Illustrators sit on their own, working quietly. 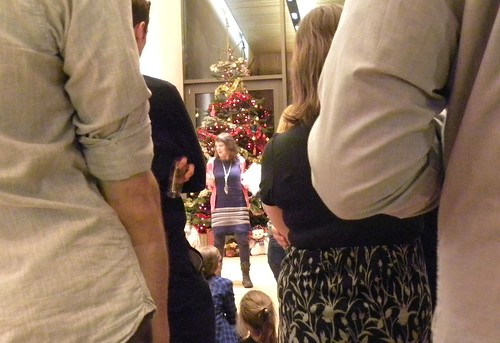 Janis is the kind of woman who has seals born in her garden. She also made sure that us short ones at the back could see a little, by making the crowd part down the middle. Her illustrator, Ruchi Mhasane, was home in India, and had sent a message, which Janis read out. 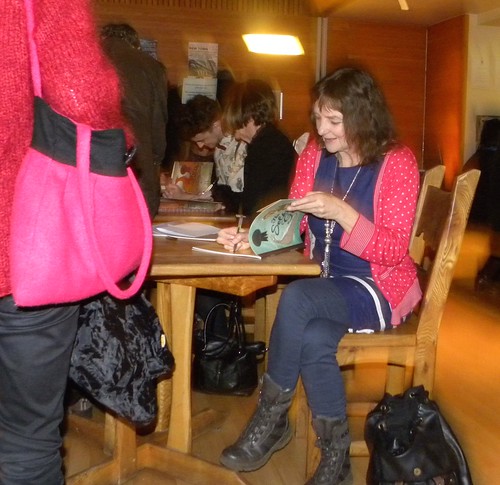 Then there was signing and pictures were bought as well as books. With my distinct lack of wall space I merely looked and admired, but I could tell that other, less afflicted, people were buying some nice prints for Christmas. 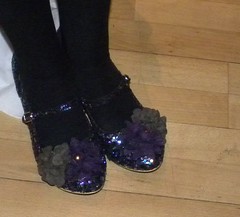 After admiring Theresa’s shoes (New ones, again! Why Mr B doesn’t put his foot down, I don’t know. He, in turn, wore one of his very fetching ties, and I told him about the wooden ties I’d just seen in the Christmas market.) I decided it was time for tired witches to go home, before more feathers were ruffled. 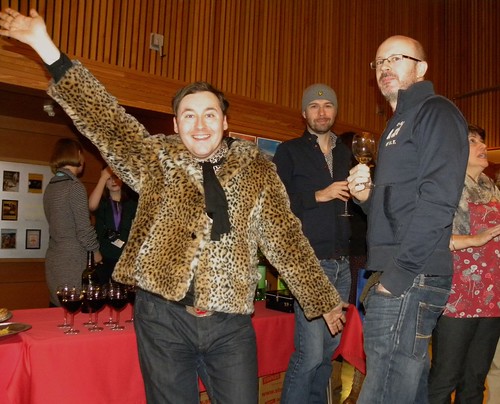 Kirkie decided he’d walk me to the station, only to discover – to his horror – that he had to travel on the same train. That should teach him. (It was raining, so he had to stuff his faux leopard into a carrier bag, floppy ears and everything.) He really wanted fish and chips, but all I had was humble pie, so he had to starve. That’s Kirkie, not the leopard. There was no Irn-Bru, either. I did offer my tale of not going to Linlithgow, however, so there was something.