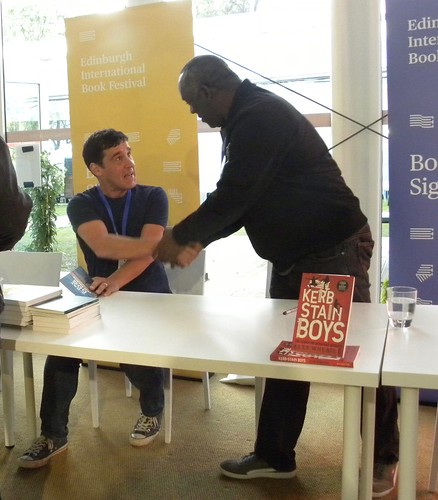 This may surprise you, but I occasionally wonder if I’m doing the right thing. In this case the ‘thing’ is children’s books and their authors. But the event honouring Judith Kerr this week, proved to me I was in the right place, and not even crime – the fictional kind – can hope to reach such heights, pleasant though it it. 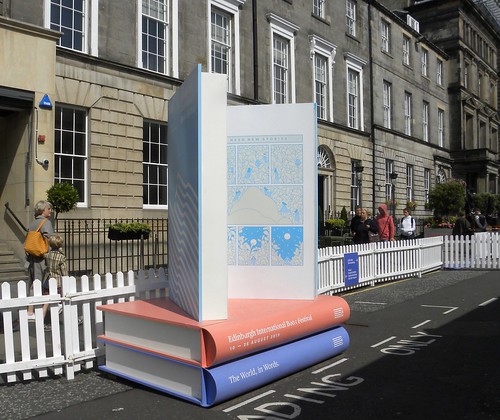 There was such a perfect feeling of how good it can be, and I suspect that this is hard to achieve away from children’s books.

And chatting to Chris Close about Judith, I was pleased to find that he too had special memories of her. I was also a little surprised to discover that while he couldn’t instantly recall Daniel Hahn’s name when he walked past, he knows perfectly well what t-shirt Daniel wore in 2010. As you do.

What I was really wanting was to talk to Chris about his photo of Sheila Kanani [in Space], and I like the way he remembers virtually all the people he has shot in his spot in Yurt Gardens. Apparently most of Space this time was made up of St Abb’s Head, which I suppose is the photographer’s ‘bottle of washing up liquid’ in using whatever comes to hand. 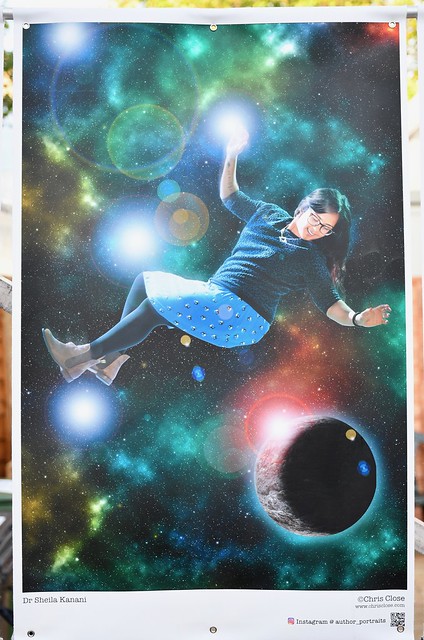 When it doesn’t rain, the new style Yurt Gardens is a good place to hang, as proven by the gang of crime writers just round the corner from my sandwich spot. There’s ducks, Chris, and the passing through of many people, who either are very famous, or carrying trays of food. All are important. (Though no ‘Kevin Costner’ this year…) 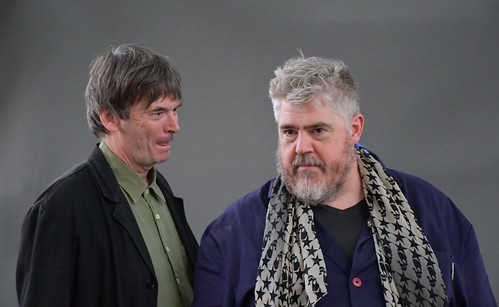 What’s always good in the festival’s second week are all the school children. They have come for the same thing as I have, and often getting the most exciting events combos. I even spied a few teens wearing the authorial blue lanyards the other day. Made me green with envy, that did.

It’s not only old age and feebleness that determines when I attend. Trains have a lot to do with it. They were better this year; partly to do with the new electric rolling stock (pardon me for getting nerdy), and partly because I tried to avoid the worst hours of the day. But when the doors refused to open as we got to Haymarket one day, I learned from the guard that it’s all down to computers now. I wish I didn’t know that! 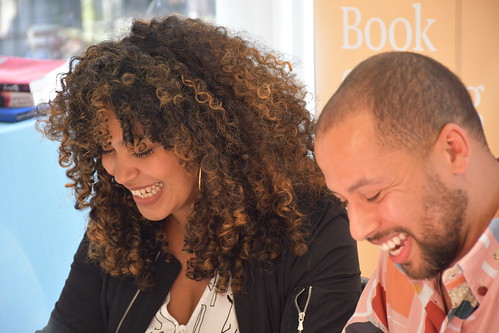 We mentioned teeth in connection with Mog’s nightmares. I haven’t been able to ignore the fact that so many authors also have teeth. Well, I suppose most people do, but I am always struck by the wide smiles, full of perfect teeth. And not just the Americans, either. I’ll be spending this winter practising smiling in front of the mirror, but am not hopeful. 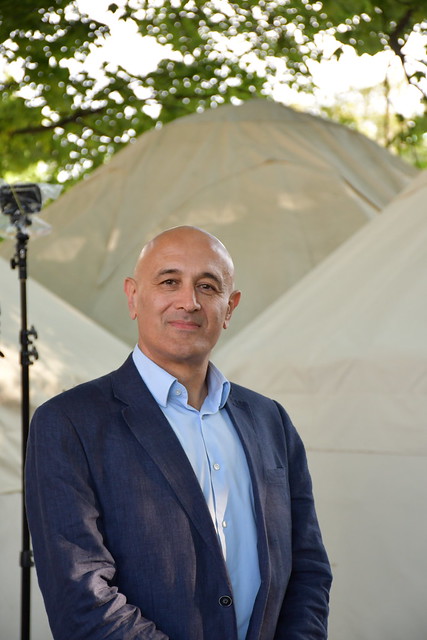 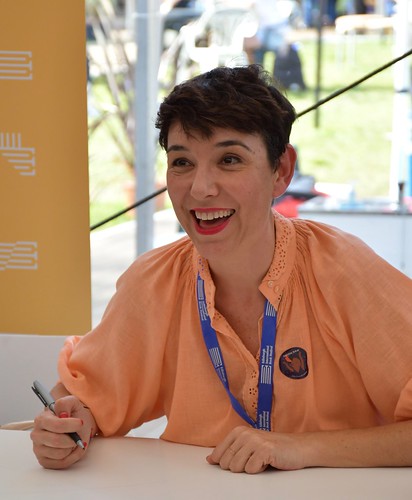 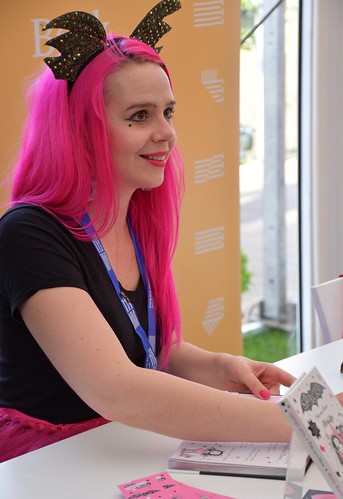 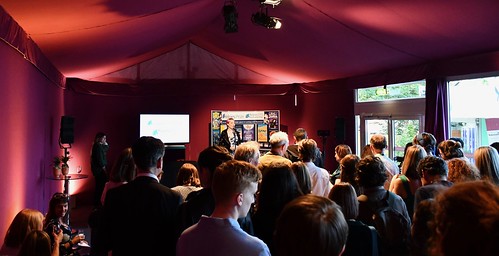 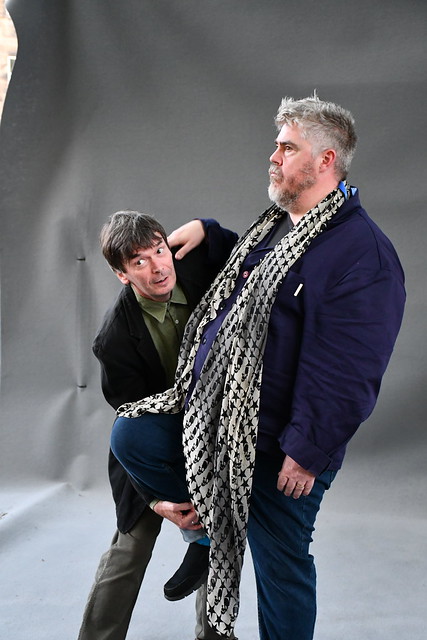