I could never quite bring myself to ask Malorie Blackman what colour some of her characters are.

In Noughts & Crosses it was pretty obvious, because the plot required the reader to know whether someone belonged to the ruling blacks, or was an ‘inferior’ white person. What made your brain confused was to think of skin colour the other way round. Which, of course, is why Malorie wrote it like that.

In some of her younger books, about groups of children at school, maybe solving a puzzle of sorts; where they all black? And if I can’t tell – although why should I? – does it matter? There would tend to be one or more black children on the cover, which is important for black readers; to find themselves in literature.

This has been on my mind for years, and it wasn’t until the event with Tanya Landman and Reginald D Hunter the other week, that I suddenly realised that we’ve never asked whether Malorie is ‘allowed’ to write about white people. But of course she is.

And if the reader can’t actually tell, then someone must be getting things very right.

Besides, I feel really stupid writing this. What do I know? Why should we have discussions about whether or not someone has permission to write about what they are not. As Reginald said, stories have to be told.

Much to Offspring’s disgust and shame I am [was] the only person in the country who had no idea who Reginald D Hunter is. On that basis I had decided to approach his event with Tanya Landman completely cold and unresearched. I understood he’s famous, and on getting out my copy of Tanya’s Passing for White the night before, I discovered she had dedicated the book to him.

I believe breaths had been held as to whether Reginald was going to arrive on time, but he did. In a wheelchair, and I’m only saying this because I don’t know if that is permanent. I’m guessing not.

Anyway, there we all were at this sold out event called Little White Lies, which as the chair Daniel Hahn said is a ‘subject disappointingly relevant’ just now. You keep hoping it won’t be, but ‘this problem doesn’t go away.’ Telling Tanya that she’s white – she agreed – he asked why we were there. She told us the background to writing Buffalo Soldier a few years ago. She asked herself what she was doing, as a white, British, middleclass woman, writing from the point of view of a black, recently freed slave in 19th century America. 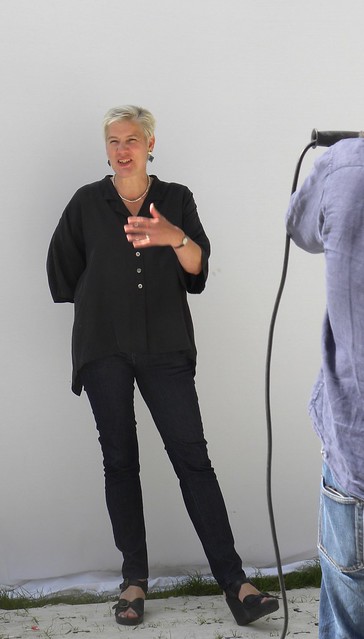 She felt she had no right, but had to write this. No one had to want to publish the book, or to read it, or to like it. (They did, though, and we did.) She based her character’s voice on Reginald’s, and now feels she simply can’t do readings from her books, because it doesn’t sound right. Tanya ‘stalked’ him on Twitter for long enough, saying that appearing with him like this was her fantasy Edinburgh event.

Asked what he thinks of white people writing about black people, Reginald replied that if it weren’t for certain white authors, then some stories would never be told, and compared it with how black music survives because white people fill the clubs, wanting to hear this kind of music. Authenticity matters; and he wouldn’t want a story seen through white eyes, but ‘we all bring some cultural bias.’ According to Reg’s dad, good food or good music is always good.

You need to think yourself into someone’s head, which you can do with a book. Films are generally less authentic; often whitewashed. Reg joked about a white version of the Martin Luther King story.

If you are used to privilege, then equality could seem like discrimination, and other people are seen as bad because they take something away from us. We are all the same; human. Intellectualism is a true interest, and the stories have chosen Tanya to tell them. The middle classes are dangerous because they are in the middle, close enough to both lower and upper classes.

Reginald said he never learned much black history at school, but got most of it from his family. Blacks are still not truly free, and the main difference from slavery is that now you have to get your own food. Unlike WWII (there were comparisons between Robert E Lee and Hitler), the Civil War never really ended. The blacks didn’t win.

For Tanya Reg is the perfect person to read her books aloud, but Daniel forced her to read a bit first, which is fine bcause we are ‘used to hearing authors read’ from their books. And then Reg read in the voice she loved so much from Songs of the South on BBC, when he told us he had mostly worried about snakes and mosquitoes…

At this point Daniel was told to get on with questions from the audience, because it was rather ‘toasty’ in the tent, and Reg had had someone faint on him the day before. He considered black remakes of white roles, but felt that there was only a limited amount of undercover work a black James Bond would be able to do.

A question for Tanya was how current affairs influence her writing. It’s her way of looking at history. There was a question on why having black Shakespearean actors works, but it’s so much harder to see black actors playing other than black characters. And there was much joking about how several of the Americans in the audience had also managed to escape the US. 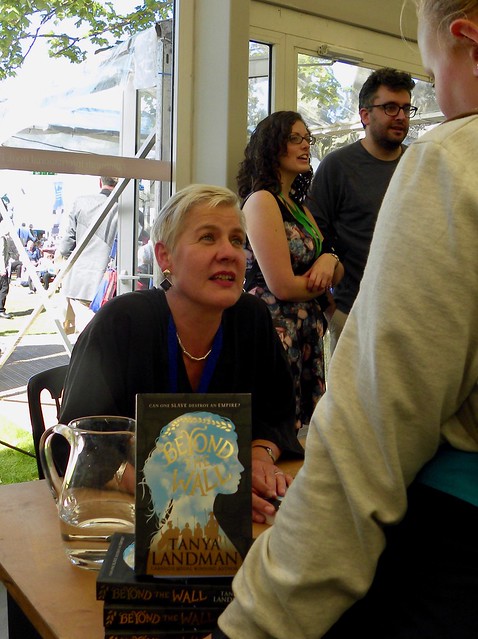 The question, of course, is whether Reginald can answer for all black Americans. Maybe what he thinks is OK – or not – is merely his opinion. He used the n-word a couple of times, which felt refreshing, but I understand it offends a lot.

But it does sound as if Tanya can continue writing from non-white points of view. Some readers will always be offended, but these stories must out. 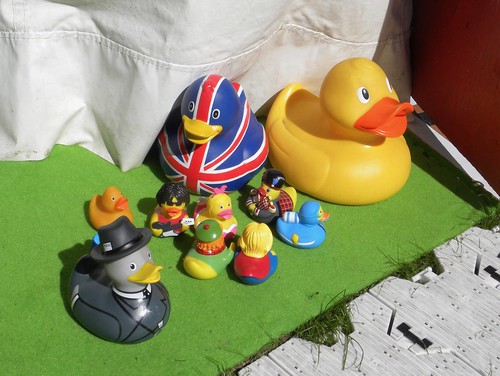 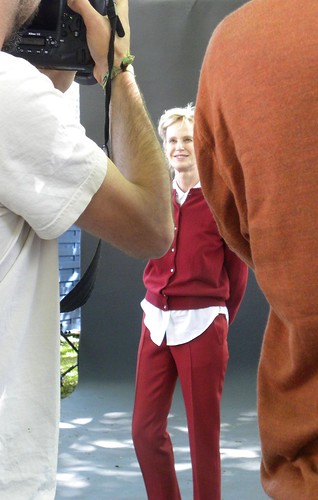 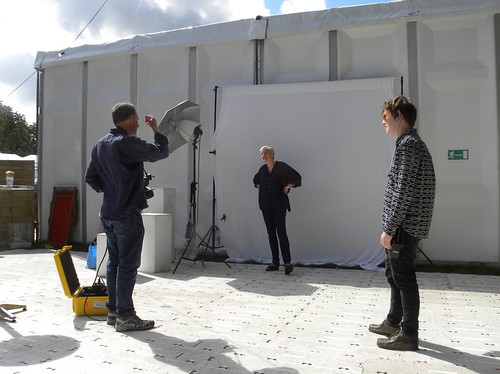 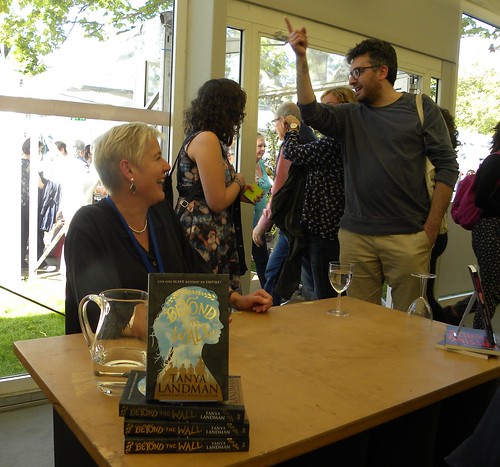 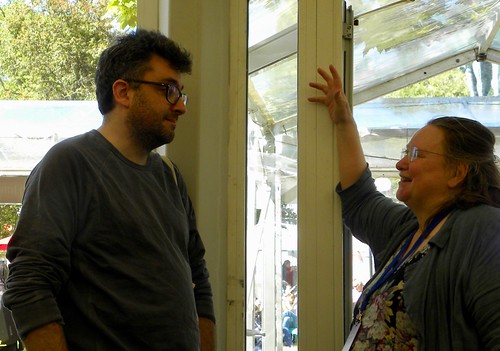 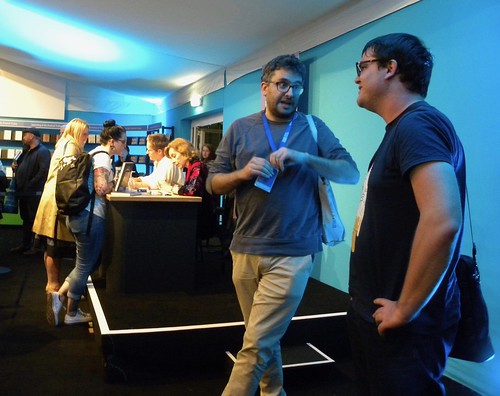