On (not) keeping track

I had heard of Robert Macfarlane, even if I couldn’t say much about him. I read an interesting article by him in the Guardian, probably a few years ago, on what children no longer learn. I think that’s roughly what it was about.

And I’ve more knowledge about Jackie Morris, while not being an expert. Her illustrations are quite something. We also have ‘a few’ Facebook friends in common, and they are all big fans of Jackie’s work, and when there is a new book out, they are always very appreciative and comment a lot. 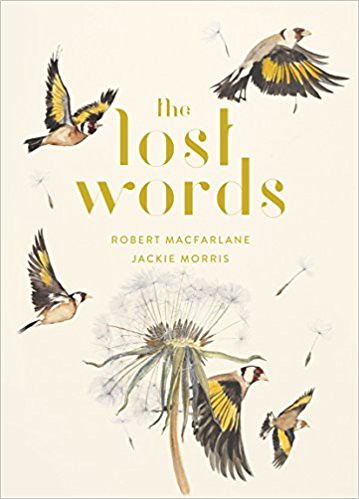 So I imagined that’s what it was about when ‘everyone’ was talking about, and praising, The Lost Words by Jackie Morris and Robert Macfarlane, some time before Christmas.

The penny dropped much, much later. I’ve even forgotten what it was that made me join up all the dots at long last. The book, and those gorgeous illustrations are related to the article I remembered reading. I just didn’t know there was going to be a book about it. Clearly, I never received the memo.

I get – now – why everyone was going on so. It was more than the normal Jackie fever.