I couldn’t go, so I sent an author instead. Or more accurately, Helen Grant was going, and before she knew it, she had volunteered to write me a blog post about Nottingham. You know, the place famous for sheriffs, Bookwitches getting lost, and YA Extravaganzas. 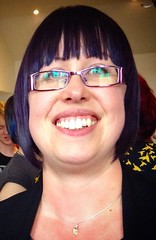 So, last weekend was ‘the second ever UKYA Extravaganza, held at Waterstones in Nottingham. The Sillitoe Room was packed with YA readers and bloggers who came to listen to nearly 30 authors speak about their work and the reasons they love UKYA. 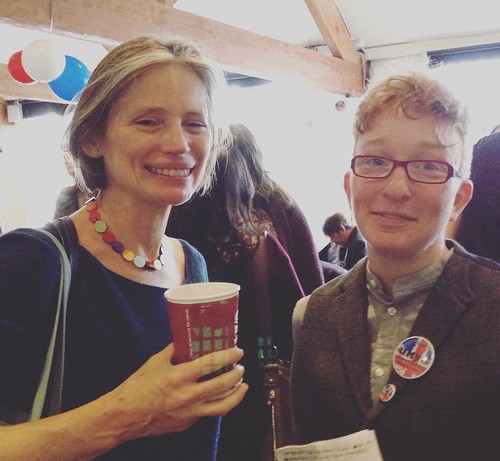 Some had been inspired by issues dear to their hearts, some by places and events they had experienced, and in one case – Sue Ransom – by the desire to create a relatable book for her daughter. In one particularly startling moment, Rhian Ivory described how she discovered that the village she had chosen as the setting for her book The Boy Who Drew The Future turned out to be the last place in Britain to duck a witch! 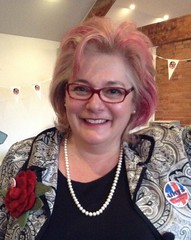 The schedule was divided into seven panels, usually comprising four authors; each author had two minutes to introduce themselves and talk about their work, and then the floor was opened to questions for five minutes. The panels were interspersed with breaks to allow those attending to meet their favourite authors, buy books and choose items from the well-stocked swag table, which offered posters, postcards, bookmarks, badges and even magnets. Attendees were also sustained during the event by refreshments, including chocolate brownies and specially-made UKYA Extravaganza fairy cakes! 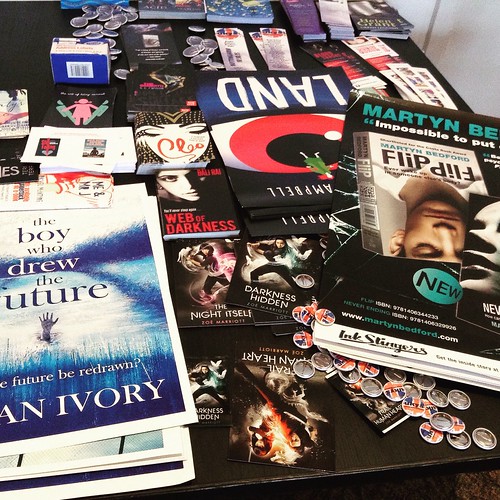 UKYA Extravaganza is a truly egalitarian initiative, with all participating authors given an equal voice. With so many of them taking part, an energetic chairperson was required, and this role was carried out by YA author Paula Rawsthorne, who kept things moving along with a light touch – and a very large hourglass!

The other great thing about UKYA Extravaganza is that it is regional, rather than always based in the same place. This means it genuinely brings a mix of YA authors to the readers, wherever they may be. And after all, these are YA books we are talking about, and some of those young readers may not be able to afford to travel long distances to attend events (NB, speaking for myself, some of the old ones can’t afford to, either). The first Extravaganza took place in Birmingham, and future events are planned for other UK locations ranging from north to south. 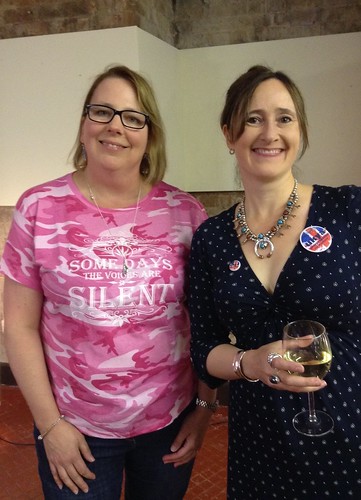 For those who are unable to attend at all, or who would like to relive the Extravaganza fun, Lisa Golding of City of YA Books filmed the authors introducing themselves and talking for a few minutes. She’ll be editing these mini interviews into a YouTube video, so that’s something to look out for!

The second UKYA Extravaganza is followed this weekend (17th October) by a UKMG Extravaganza at Nottingham Central Library. For details of this and future events, follow UKYA Extravaganza on Twitter at @UKYAX or find them on Facebook at https://www.facebook.com/ukyax.’

Helen and I are now holding out for more northerly Extravaganzas. I believe Newcastle has been mentioned, but I must point out there is nothing wrong with Central Scotland. Just bring it on!

(All photos by Helen Grant)