Hilary McKay has re-written ten well-known fairy tales with her usual charm and warmth. I love them!

There is just one thing though; if you start a child off with these as their first fairy tales, I honestly don’t see how you can then give them a more ordinary version of the same tales later. 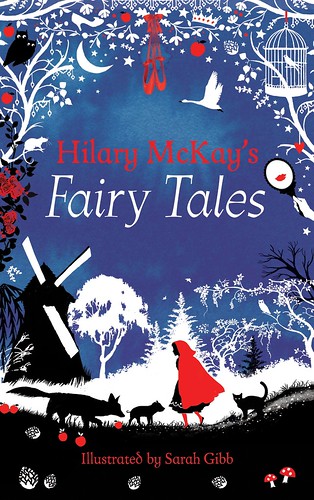 I have read countless varieties of most of these stories, and they are much the same. Some are older and more traditional, while others might have been modernised and are easier to read aloud. But none are like Hilary’s, and I would love to read them to a child. And if it was a child who already knew the basic tales, I rather imagine they would experience the same warm glow from Hilary’s version as I did. That in itself could be a discussion point.

Let’s see, I especially loved Chickenpox and Crystal (that’s Snow White, to you), and The Prince and the Problem (The Princess and the Pea). And The Roses Round the Palace (Cinderella) and Over the Hills and Far Away (Red Riding Hood and the Piper’s Son).

And if I mention any more, it will look as if the whole collection was my favourite. I ‘quite liked’ all of them…

There is a flavour of the Casson family over these royal family tales. It’s nice to find that queens can be sensible in the Hilary McKay way. And to have a story featuring a noddle-offer is quite something. (I believe it’s what Kings use to remove the heads of Princes who have an interest in the King’s daughters.)

I absolutely refuse to tell you more about these tales. It would mean spoilers, and you don’t want that. You want to read this collection, and you want to come to it fresh, to see what Hilary has done with our old favourites. How she has made them into new favourites.

This is really something.

The illustrations by Sarah Gibb almost require a post of their own. They are the most glorious, traditional style, black and white pictures that you need for fairy tales.

And the cover! It incorporates all or nearly all the tales. You see Red Riding Hood, but you don’t yet know what Hilary has done to her. 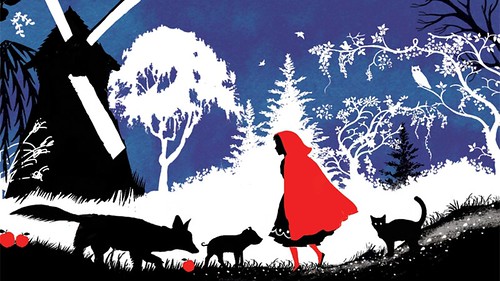