I missed the BBC programme this week, on the Dunblane shooting – twenty years ago today – and I don’t think I particularly want to watch it. Back then it was enough to see how, almost overnight, everything changed in schools around the country. We were far enough away from Dunblane geographically, but closer in other ways. Not far from Stirling, the school in Dunblane had been the one the Resident IT Consultant’s cousins attended.

And Son was in Y2, so was slightly older than the victims, but I always felt his teacher that year bore some resemblance to the Dunblane teacher, and I couldn’t help ‘seeing’ the whole thing as though it happened at ‘our’ school. That’s presumably why half the parents didn’t bring their children to school the following day.

We first learned what had happened from the children’s news programme on television, which we always watched after school. I’m full of admiration of their handling of it, telling their young viewers the truth, while still protecting [but not too much].

I was almost in tears over Steve Bell’s cartoon in the Guardian the next day. I generally didn’t like his style back then, but that cartoon is a masterpiece and I still think about it.

As for the programme this week, I tend to feel uncomfortable about that kind of visit to the past. But I suppose the good thing is that in Britain such an atrocity is sufficiently uncommon that it is possible to make television about it. And people in Dunblane seem grateful that they now have a tennis champion who puts their town in the news for the right reasons.

I won’t even pretend to understand what’s going on in France, but it can’t be ignored.

Cartoons are something you tend to remember. Pictures stick in your mind longer than a novel might, and any accompanying words will stay with you longer as well. But generally you don’t need words.

There are old cartoons that I still ‘take out’ and think about every now and then. Like the (humorous) one of new Swedish prime minister Fälldin in 1976, greeting a surprised Fidel Castro. Or the one of the grounded Russian sub and its defecting sailors in the south Swedish archipelago in 1982.

And the heart-rending one by Steve Bell after Dunblane in 1996. It’s very hard to forget.

Below are a few I’ve seen on facebook this week, by Sarah McIntyre, Chris Riddell and Albert Uderzo. 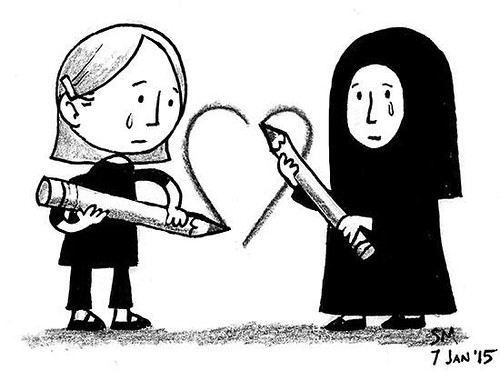 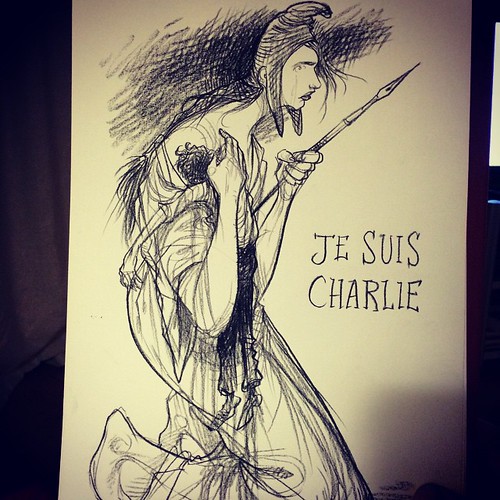 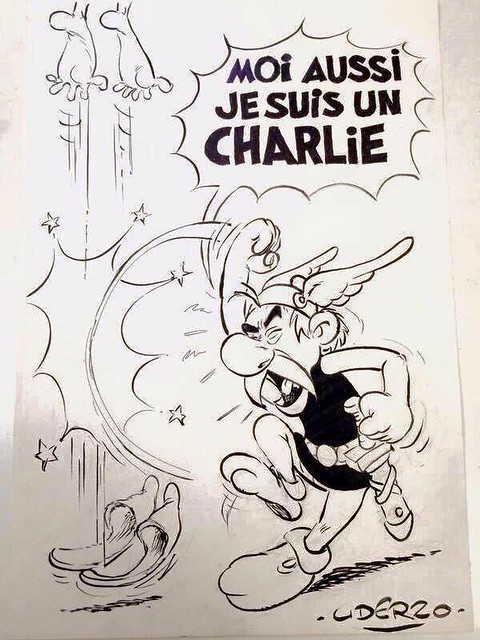