The echo of a Saturday afternoon

I arrived halfway through the talk with Ann Cleeves and Peter May, ably chaired by Jenny Brown. It was good to simply hang, letting the conversation flow, seeing the look on Peter’s face when Ann said she doesn’t plot. It seems he plots. Well.

And I know this sounds silly, but I tend to think of these well-known names in crime as doing all right financially. But Ann said that if she wasn’t going to make money from her writing, then she should at least enjoy herself when writing her stories. Sensible woman. I’m hoping more money is coming in by now.

But then I woke up to the fact that I was hearing double, or even triple. I tried the age old switching off and on again. Still I heard voices.

After a fully functioning short reading by an author before the next event (I’m guessing they are letting newer writers be heard as we wait for the next show), it was time for Adrian McKinty, Steve Cavanagh and Simon Mayo to talk High Concept Thrills. And the echo was back.

Looking at people’s live comments, I became sure it wasn’t me. Or them. It just was. I switched off and on a few more times before giving up. Feeling braver, I returned to hear the second half of the event, when I gather the IT people had worked out what to do.

And it was nice to hear the three of them chat, with only my note-taking suffering. Seems I have been wrong about Simon Mayo as a celebrity author (he wrote a children’s book first). Maybe. He sounded nice enough, as did his book. So did Steve Cavanagh, whom I really didn’t know before, but he’s got ‘a few’ books under his belt.

On to Adrian McKinty, and how he’d been wrong writing about Belfast all this time. He was not wrong; the Duffy books are the greatest (as seemed proven by people leaving comments). They just didn’t sell enough to save him from a fate driving Ubers. His new novel The Chain has dealt with that! There might even be a film. There will also be more Duffys.

Asked about the effect of Covid on their writing, Steve is avoiding Covid like the plague 😮, Simon can’t not mention it, and Adrian just faffed around with no idea of what to write next.

The sound stayed on with only one voice per author.

So hopefully the echo is water under the bridge by now. 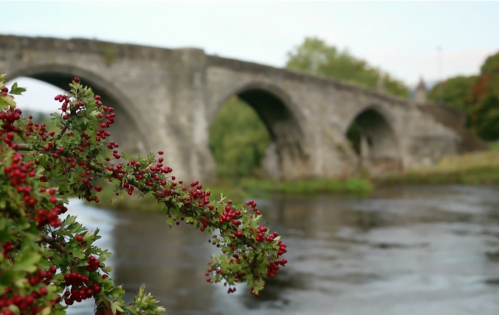