Where are all the turkeys?

I get it wrong Every Single Time. I put a turkey, or two, in there, somewhere.

OK, so I’ve not yet read Richard Osman’s The Thursday Murder Club, but it is lying in wait for me. I veer between looking forward to it, because some people have loved it, and fearing I’ll regret it, because some have not. Was heartened to discover that Susanna Clarke and her husband got one for each other for Christmas. Not, I assume, because they habitually buy two of everything, but when you know that the other one would love this…

Still no turkey, despite it being Christmas for them.

Then I read the Guardian interview with Richard, and was heartened – again – when he said he’d been afraid of being seen just as a celebrity success, until people in countries where they don’t know him from television, seemed to like his first crime novel too.

So that was reasonably modest of him.

And then, the Guardian Review yesterday happened to mention that Agatha Christie’s The Tuesday Club Murders is being reissued.

No turkey there either.

No, the reason I keep wanting there to be turkeys is Craig Rice’s The Thursday Turkey Murders. Which I read half a decade ago (it’s from 1946), and it has clearly formed a beaten path through my brain, and I simply cannot separate turkeys from Thursdays. Especially when there is also a murder.

The other day I discovered a lone book on the coffee table. That is unusual. Mostly I have a pile of three or four, that are either queueing or are emergency spares if things take a turn for the worse. But there I was, with just the one book. It’s Philip Caveney’s latest, which he’s about to launch this week. I now stand a small chance of reading the book by then. The Sins of Allie Lawrence. I’m scared already.

The Costa shortlist, by which I obviously mean the children’s Costa shortlist, turned up in the paper this past week. I’d like to think it’s because newspapers always feel this is important stuff, and not that they are keen to fill pages easily. I’ve only read one of the shortlisted books, Meg Rosoff’s The Great Godden. But as I looked at the five author photos, I could count meeting three of the writers. Should I get a hobby?

I’ve got On the Cover of The Rolling Stone whirring around in my head. At the time – like in the early 1970s ? – I didn’t really know The Rolling Stone. But as Dr Hook sang so wistfully about it, I got that it was a big deal. Not sure what authors dream of, but I imagine that ending up on the cover of The Bookseller can’t be a totally bad thing to happen. Very happy for Liz Kessler whose new book, When the World Was Ours – out in January – is covering the latest Bookseller.

Susanna Clarke was there

No, we would not sit at the back. For this event the teenage Son insisted we descend all the way to the bottom, and front, of the cake slice shaped auditorium at the Gothenburg Book Fair. Uncharacteristically I followed him and actually sat a long way from the door.

This was fifteen years ago. Perhaps not to the day, because the fair happens when it happens, and it just so happens that it begins today. The online 2020 Book Fair. Then, it was our first, and we’d come in search of Philip Pullman, but once he’d been dealt with, we had a list of others we wanted to see.

Susanna Clarke was one of them. The bookshop we used to frequent had a lovely, well-read girl working part time for them, and it was she who had suggested Son might like to read Jonathan Strange & Mr Norrell. He did, and he found it good. (I could never quite manage it.)

We both liked her event, and this was so new to us, and Son enjoyed being able to go up and chat to the various English-speaking authors as ‘one of them’. At the time I don’t believe we realised quite how exhausting the public event lifestyle is for an author.

I was made aware of how tired Susanna Clarke was in this Guardian interview the other week, when they spoke to her in connection with her next novel, Piranesi, which is out now. It’s been a long time, but I don’t blame her. Chronic fatigue is not much fun.

So what was the start of a book world whirlwind future for us, was perhaps the beginning of an essential period of rest for Susanna. I’m glad she’s found her way back. I hope the Gothenburg Book Fair does all right, and that we will all meet again at some other live event or book festival, but that we will also take it easy and not overdo things. None of us is getting any younger.

(I almost said older, which proves how tired and confused I am.)

And I like Susanna’s thought that ‘one day, there will be the wardrobe’.

We went to a new-to-us charity shop this week, Daughter and I. It’s on the outskirts of our holiday town, and I only knew where, because it’s across the road from the designer furniture shop.

I had filed it away as being cheaper premises and easier parking. That was until I looked at who was buying. Apart from a few people looking for trendy second-hand bargains, the customers were immigrants. Recent immigrants, most likely, carefully examining the shoes to see if there was anything they liked, that fit and was reasonably priced [to them].

This made me think again, and I realised that these outskirts next to the motorway are just across a busy road from the town’s ‘ghetto.’ I don’t like calling it that, as the standards of the flats will be good Swedish 1960s, but you can’t get away from the fact that it’s where you expect the latest arrivals from other parts of the world to live.

As Daughter looked at furniture I did a quick recce to see what the shop’s layout was like, and I noticed a man, maybe in his thirties, obviously foreign, looking at necklaces over on the far wall.

I took in the exercise bikes, and the wine glasses and varying vintage furniture. They had lots of books, including a whole set of – seemingly unread – Denise Mina in translation, and a copy of Jonathan Strange & Mr Norrell by Susanna Clarke in the original.

While we looked at most of what the shop had to offer, the man continued studying the different necklaces. He was still there as we paid and left.

Unlike shoes, I’m fairly certain he didn’t need a necklace. It probably wasn’t for him. I’m guessing he wanted to buy someone a gift, and this was the prettiest and cheapest non-essential item he could manage. I was touched by the care he took in selecting his gift, and I hope he found something pretty and that she likes it. 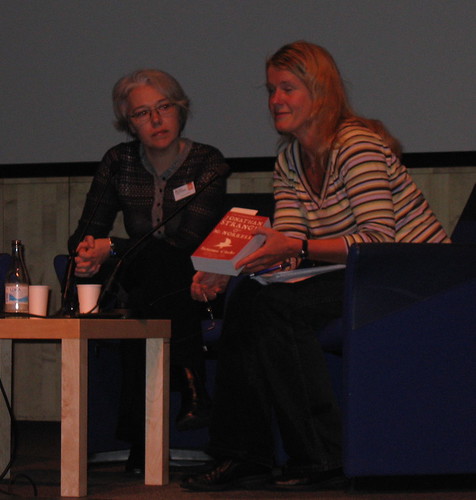 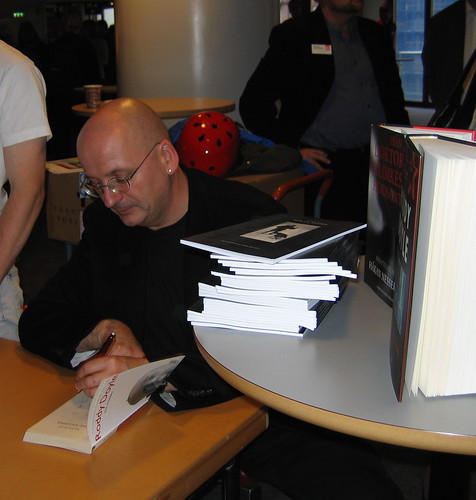 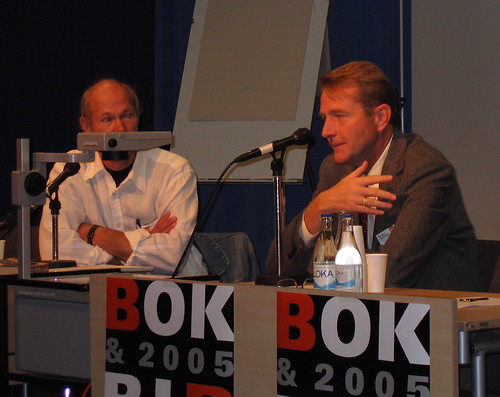 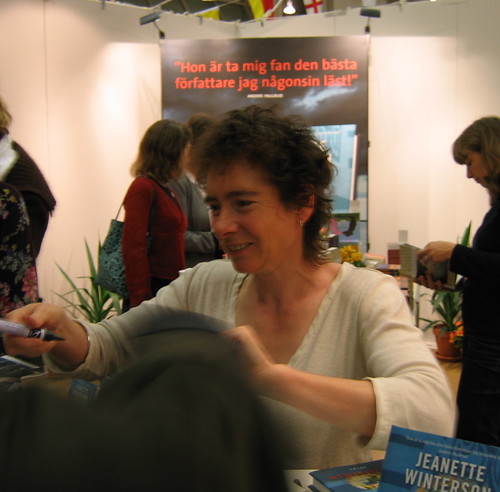 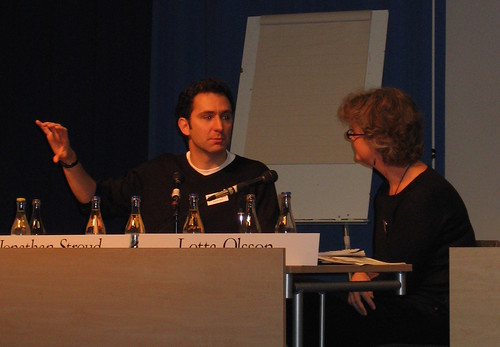