The Race to Space

There is more than one book about Apollo and space out, now that it’s been fifty years since Apollo 11. Clive Gifford’s The Race to Space, with illustrations by Paul Daviz, is perhaps a little more serious than When We Walked on the Moon. It starts much earlier and covers most of what went on in space for several decades. 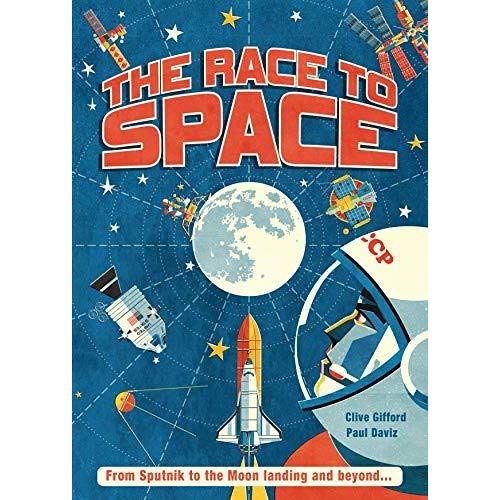 I have to admit I’m still upset about poor Laika, whose sad demise we weren’t told about back in the day.

As the title suggests this covers the race to get into space first, and then to get to the moon before ‘the others.’ It’s not a long book, so each chapter is brief, but you do get a very good picture of the space adventure we enjoyed in the middle of the last century.

It has more serious facts than the other book, so might require someone older, or at least, someone really keen on space, to read. But that’s fine. We are all at different stages in our fascination for space.

I reckon I would have liked this book even more, back when I was 13. But I like anything about space, and there will be many more like me today, who will really want to read this. And some will move on to do much more still.