If I employed me to work on Bookwitch, I’d have to give myself the sack for slacking and being late.

But here, at very long last, is my interview with Maria Turtschaninoff, in English. The Swedes – and the Finns – got her ages ago. Well, like two months ago. Right in time for Finland’s national day. The only thing special about today, is that it’s the day before tomorrow. 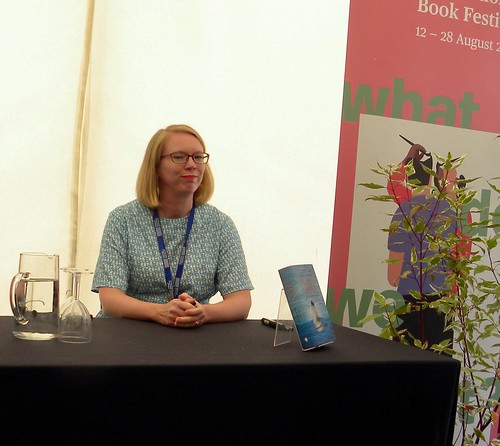 All those ghastly women

Now, I obviously don’t mean that. But it doesn’t mean that certain people don’t think along those lines.

Not having read anything by David Walliams, I am no expert. But it appears he’s not keen on women. If they get a mention in his books, it’s the horror version of the female of the species.

This is so wrong. No one should write children’s books if they can’t get rid of their unwanted women in a more elegant way. And if the author can’t do it, perhaps an enlightened editor could suggest a less crude way of describing, and even removing, any surplus females?

I accept that mothers, even grandmothers, and maybe the odd sister, could get in the way of the character[s] in some stories. They could be killed without being described as grotesque. The [child] character could be distanced from its females in some other way. This has always been done.

There’s an author I’ve read at least a couple of books by, and the reason it didn’t end up being more, was I didn’t care for the unpleasant way he dealt with the women. I just hadn’t realised that DW now does something similar.

And of course, Roald Dahl, hero to so many, had a way with women too. I remember reading and re-reading the bit where the plan is to poison the grandmother in George’s Marvellous Medicine, simply because I couldn’t believe you were allowed to put something like that in a children’s book. But I suppose if the book’s old enough, and ‘classic’ enough, you can be [c]rude to women.

That way the future is secure. There will be more writers who believe that this is quite an OK thing to do.

I can’t claim to have understood what Terry Pratchett wanted to tell me in Thief of Time. But it’s as fun and entertaining as any other Discworld novel, choc-a-bloc with deep, if obvious, thoughts about life and all the rest. And there are some good quotes. 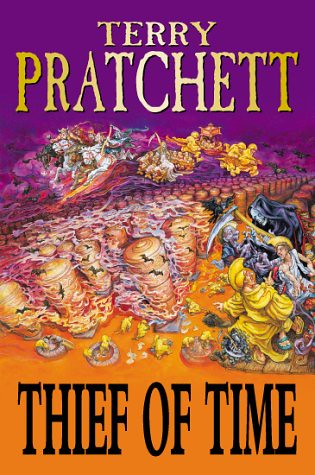 I too like to consider myself as ‘one who was slightly intellectual.’ I also practise what Lu-Tze, the Sweeper, does, in becoming invisible because you are just so lowly and boring that no one sees you. I don’t sweep, however. That’s too much work.

There are monks and there is cherry blossom. Chocolate, even when life brings you nougat. I know that feeling.

Terry obviously thought up some deft moves between different times, and some of his characters are, if possible, even odder than usual. Lu-Tze’s apprentice Lobsang is at the more normal end, and I’ve always liked Death’s granddaughter Susan. The character who looks like a ‘society lady who had just had a really bad day in a threshing machine’ is a masterpiece, developing in an interesting way through the book.

When your reading life feels as if something is missing, it’s good to have Terry and his world to go back to.

Dino Duckling is a very lovely, and kind, story, about a dinosaur egg and what became of him when he was born.

Alison Murray has written and illustrated her new picture book, ‘inspired’ by The Ugly Duckling. It’s not until you’ve read about Dino and his mother and siblings that you properly understand how harsh Hans Christian Andersen’s story is. 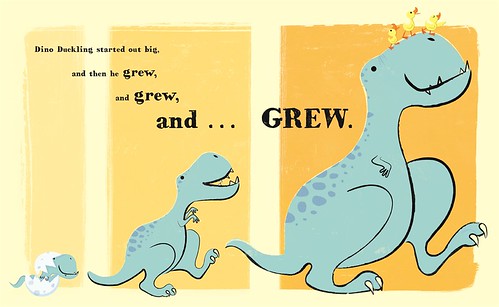 This is the book Alison read to us at the 2017 Bookbug Conference, and I knew then that I needed to read it.

The Dino egg is much larger than those his siblings are born from, but his mother makes absolutely no difference in her treatment of her babies. This duck mother is both loving and sensible, and that’s what we need to read about.

What’s more, Dino’s siblings don’t taunt him for being different or for what he can’t do. They play together and their ducklinghood is a happy one, until the day comes when they need to fly south…

Dino tries his utmost to fly, when his duck siblings take off, but –

This story teaches us that there is a solution to most things, if only you are willing to think outside the box. Love helps.

Luckily, there are some really great authors in this world; great both as authors, and as persons. I understand that Ursula Le Guin was one of them.

When the news of her death broke earlier this week, I noted two things. One was that everyone had something to say about her. The other was a question to myself, ‘why did I never read any of her books?’

Because I’m afraid I didn’t. I had to look her up to see when her first books were published, in an effort to work out why they didn’t cross my path earlier. I only heard of Tolkien when I was about 16. Everyone read him, but I still haven’t. The odd thing was that he’d never been mentioned, until I was the sort of age when it was the done thing to read Lord of the Rings.

And I would have thought the same would go for Ursula Le Guin. I could have read her in English, but for that I’d have needed to know about her. And I see that only one book had been translated by the time I left school, which presumably explains why no one much talked about her books.

Then, I sensibly married a man who liked Ursula’s books. I thought they looked slightly weird, had no wish to read them, but discovered they were not books I was allowed to take to Oxfam… And the no-Oxfam rule has remained in place all these years.

But my thought this week was why I never tried them later on. I have a dreadful feeling I had catalogued them as ‘those books that sit on the shelf but are not for me.’

I was pleased to discover this article in the Irish Times, by her long-standing fan Adrian McKinty. I like his memories of Ursula and her books. I already knew she had been a fine author and person, but Adrian just proves it.

Walliams and the scandal

There are gay children’s authors. Yes, really. Not so odd, as there are plenty of gay non-authors as well. I understand that because they are people who write for innocents, some publishers want to keep their sexuality a secret. Whether gatekeepers such as parents might be aware of their child’s favourite author’s inclination is something I don’t know. If they do, my guess is that parents find this abhorrent, I mean grown-up, enough to keep quiet about.

Then there is at least one children’s author whose behaviour has now turned out to be a lot more scandalous than even I had credited him with. I’m actually disappointed. I’d much rather have found that David Walliams walked out of his first gig at the Presidents Club, head held high, shocked at what went on there. But it seems he didn’t, as the event this week wasn’t his first. I suppose it must have been the lure of being paid £150 to entertain rich men that became so irresistible.

Or maybe the famous comedian was paid more than the attractive young ladies in scanty clothing? Or did he do it for free? For the honour, so to speak.

What I’d like to know is what his publishers are going to do about all this. Whether his young readers find out about these goings-on, their parents will know. Will they stop buying his books, or are they so grateful that little Jack reads, that they can overlook the scandal? Is DW a more decent person in their eyes than someone who is gay?

I’m relieved that DW was described as a comedian in this instance, rather than a children’s author. Although, since you could pay money to name a character in one of his books… Well, I don’t know. Is this opportunity now gone, the same way the money for Great Ormond Street Hospital was given up?

As for most of the other men at the Dorchester, I’m not surprised they did what they did. Merely surprised that they are stupid enough to believe they won’t be found out, or that if they are, that people won’t mind.

It’s wonderful how much you can learn, when ‘merely’ reading for pleasure. In her new book Smile, for Barrington Stoke, Mary Hoffman tells us the truth about how the famous Mona Lisa portrait came to be. Or at least her truth, since we can’t truly know, but there have been countless guesses over the centuries. 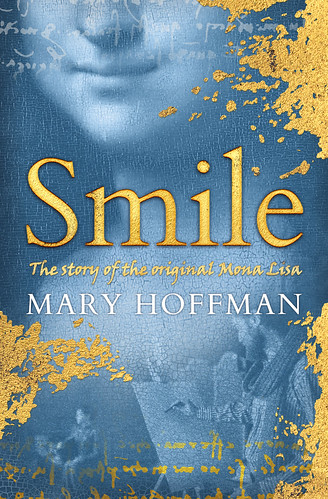 I like this one. It’s mostly about Lisa herself, and much less about the man she calls Leonardo, and who I think of as da Vinci. That’s what makes the story feel real.

So Smile is more a history lesson in how Italian women lived five hundred years ago, and then only women of a certain class. Lisa’s family was noble, but poor, so she had to marry well, meaning Lisa married a wealthy widower, who hankered after a noble wife.

It’s heartrending learning about the inevitability of a new baby every year, and the hopes that the baby will survive infancy.

And on the side, we have Lisa’s friendships with both Leonardo and Michelangelo. I had forgotten the two men were active in the same place at the same time, even if there was an age gap of twenty years. It’s the sheer normality of Lisa’s life among these greats that make for such a fascinating story.

Although personally I have never stopped to ponder the famous smile. It just is.