It’s one thing to be rescued by people you know, and another for a complete stranger to write a perfect and well timed blog post for a witch, just like that. Here is CJ Daugherty* on the book that everyone is talking about right now:

‘Let me start by saying, like so many writers, I love To Kill a Mockingbird. And I adore the film adaptation, which I consider to be one of the truly perfect book-to-film adaptations of all time. 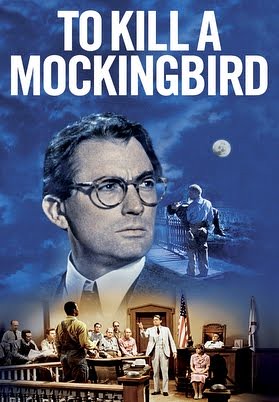 When I was a child, I watched the film and cried during the courtroom scene. I was terrified of Boo Radley, whom I envisioned as a kind of ghost; an unknowable terror. But Scout saw through his frightening facade. Her belief in him, and her sympathy towards his plight, changed me.

I can honestly say that I am a kinder person because of To Kill a Mockingbird. I cannot think of many other books that affected me in this way.

So when I learned there was a sequel, at first I was thrilled. How exciting and marvellous that such a thing should be found! How wonderful for book lovers.

As more was revealed, though, my views began to change. What we know now is Go Set A Watchman isn’t a sequel. It’s an early draft.

We know that Harper Lee worked closely with her editor to revise that draft, rewriting the book over and over and over, across many years, polishing the rough stone down to the perfect faceted gem that is To Kill a Mockingbird.

I might still have been fine with the release of this early draft, if Lee hadn’t tried so hard for so long to keep it hidden away. If those who loved her and spoke for her – because she is, Boo Radley-like, afraid of the world; too frightened to leave her flat in New York when she was young, afraid to leave her home in Alabama when she grew older – if they hadn’t maintained until their deaths that there was no other Harper Lee book.

Sadly, elderly people are vulnerable, and there is money to be made. Unimaginable sums of money.

Obviously, there is simply no way for us to know if, in a nursing home in her nineties, Ms Lee did not just, at long last, change her own mind. Or if her mind was changed for her by younger, stronger people with Manhattan mortgages to pay.

You see, I grew up surrounded by elderly southern women. This was the world of my childhood. I think of Harper Lee now and I see my grandmother, a fragile, white-haired southern lady trapped in the modern age, and bewildered by it. As a child, I watched her retreat from the real world to her garden in small-town Texas, where she spent her days taking care of her roses and listening to ancient sermons on a reel-to-reel tape player.

When she went to the supermarket in 1985, she still put on white cotton gloves and a straw hat and drove her enormous ancient Buick like a captain guiding a ship through rough seas. If the manager of the supermarket spoke to her kindly, as he often did, it flummoxed her utterly. She did not want to speak to modern men.

All the way home she would complain about it.

‘I do not understand why that man must always speak to me,’ she would say in tones of vexation.

Sometimes I would venture a defence of the kindly supermarket manager. ‘I thought he was nice.’

‘He was nice,’ she would explain as if this were perfectly obvious. ‘But I do not know him.’

When she was older, my grandmother would sign anything you wanted her to sign. Anything to make you stop asking and let her get back to her memories and her roses.

According to Harper Lee’s now-dead family, she was much the same. I think it is the way of southern ladies of that generation.

Then there is the fact that I am a writer. And as a writer, I know what first drafts look like. Any writer can talk with horror of ‘ugly first drafts’. Writing a novel is a process of evolution. We come to our stories gradually. Painfully. And when we get there, after much, much work, everything that came before seems disastrous to us.

The first draft of my book, Night School, contains vampires and witches. The final book is about Bullingdon Club style secret societies. I worked a long, long time to get to where I ended up.

I wouldn’t want anyone to sell the evidence of my journey.

So here, for all to see, allow me to make the following statement:

Someday, if I’m lucky, I will be 90 years old. If I am still a writer then, it is entirely possible that young lawyers in expensive suits and thrusting publishers with more ambition than morality will come to you and tell you that CJ Daugherty wants the first draft of Night School published.

If that day should ever come, remember what I am telling you now: It is a lie.’ 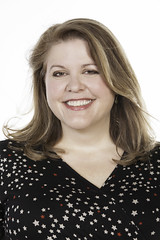 (*Former crime reporter CJ Daugherty is the author of the international best-selling Night School series. Her books have been translated into 22 languages, and are number one bestsellers in multiple countries. She is now co-writing a new series, The Secret Fire, with French author Carina Rozenfeld. Find out more at www.cjdaugherty.com)