In the end it was the fonts that made me go all nostalgic. 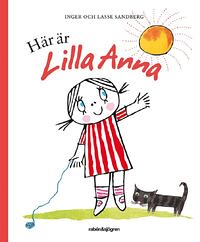 I was reading Scandinavian Retro, a style magazine, featuring mainly mid-20th century things. I’d expected furniture, china, textiles. That kind of thing. But here were all 105 books by Inger and Lasse Sandberg; every cover of every book they wrote and illustrated together for over fifty years.

First I wondered why, when they started in the mid-1950s, I hadn’t really read any/many of their books. I’ve always been aware of them, but had somehow felt they were after my time as a picture book reader. And mostly, it turned out they were. They had a slow start and I must have missed the early books while I was still young enough. 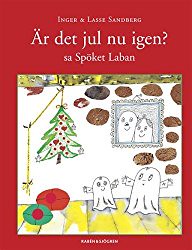 I did read about the little ghost, however. Both for myself, and later to other young people, including Offspring. Lilla spöket Laban (Laban, the little ghost) is rather sweet. He is scared of many things, including the dark, which is awfully inconvenient for a ghost. Apparently he was born to help the Sandberg’s middle child who was afraid of the dark, after his older sister locked him in a wardrobe.

But, as I said, I can only have read a handful of the 105 books. They all look thoroughly familiar, however, and I worked out it’s because of the font(s) used on the covers. The pictures are also quite typical for that era, but there being so many, for me they blend into one and the same. There’s probably a name for the font, but for me it will always be the ‘Swedish children’s books font.’ 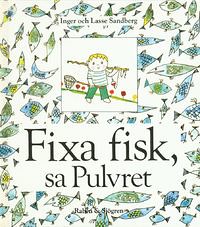 And, as I also said, there were obviously more than one font, and styles developed over the years, but mostly they all look soothingly familiar.

Just as Laban was born to deal with the dark, many of the books were written by Inger to cover a small matter of some importance to small people everywhere. I really like the sound of the story about the man who suddenly shrinks and discovers what it is like to be small and treated like a child again. He becomes a children’s politician after that, with notes explaining to young readers what a politician is.

Never mind your ABCs. You can have a book about the number 0, which when standing next to other numbers, becomes terribly important.

And when all is said and done, this whole concept feels frightfully Swedish and egalitarian, besides being trendy and nice to look at.