When Mother-of-witch died, Offspring were young and needed looking after when I went off to be with her. There was a complete lack of available relatives at the time, so anyone who happened to be standing near when the Resident IT Consultant asked for assistance was roped in for after-school care. For six weeks! I can never thank them enough.

Yesterday morning Helen Grant took one look at this blog – or what tried to pass itself off as Bookwitch – and told me she would write it herself, if I’d let her. It feels particularly appropriate to accept her kind offer, since she is just about the only author who did meet the Grandmother, and about whom the Grandmother always asked questions, once they had met. And seeing as the Grandmother not only dealt in Oxfam books, but was known to have culled her own books rather enthusiastically, this post about old books fits right in:

‘Our household has finally obtained its first eReader. It’s not mine; whenever anyone asks me whether I have one, I always reply (truthfully) that since I do most of my reading in the bath, it probably isn’t a good idea. A paperback may survive an unexpected plunge into the water (as the crinkled pages of a number of my books will testify) but I don’t think an electronic gadget would cope.

I can imagine, however, that the day will come when I will cave in and buy one of these things for myself. At present we live in a family home whose walls are lined with bookshelves, but when I look into the distant future and imagine myself as an empty nester, I’d like to think I shall be travelling the world – and travelling light. When I went overlanding from London to Kathmandu in 1992, I took all six of Trollope’s Barchester novels with me; nowdays I could take along ten or a hundred times as many books in digital format. I suppose, too, that when we downsize from our family house I shall have to cull some of my books. (Writing this, I went to take a critical look at my bookshelves and could not see a single one I was prepared to part with. Hmmmm.)

There are some books, however, that I could never replace with a digital version. I have quite a few old books, the oldest dating to the eighteenth century, many more to the nineteenth. I have three children’s anthologies which appeared in the 1940s and belonged to my mother when she was a child. When I was a teenager, my mother had her own book cull and took those to the local charity shop; outraged, I marched down there and bought them back. They are still on my bookshelves. One of them includes one of the best fairy tales in existence, Melisande by E.Nesbit, in which the wicked fairy excluded from the christening wishes that the baby princess shall be bald.

Other treasures include The Silver Fairy Book, which I also remember from my childhood (I have failed to extract my parents’ copy from their clutches so I ordered my own from Abebooks), The Lady Ivie’s Trial by Sir John Fox, some beautiful Victorian translations of Homer, and an extensive collection of old editions of H.Rider Haggard’s adventure novels. 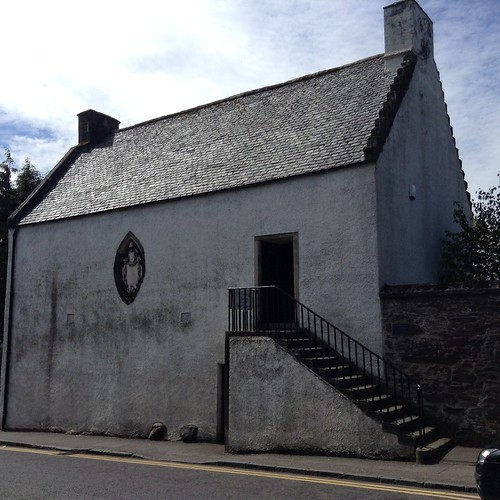 All of these are old books, some of them centenarians, with yellowing pages and the dusty scent of age lingering about them. To replace them with eBooks would be a minor act of barbarism.

Because I treasure old books, I love antiquarian libraries. The corner of Scotland shared by the Bookwitch and myself is fortunate to have two: Innerpeffray Library near Crieff, and the Leighton Library in Dunblane. Both seventeenth century libraries created by local noblemen, each of these is very well worth a visit. One of the truly marvellous things about these libraries is that you are allowed to handle the books (respectfully, of course). I recently spent a happy half hour in the Leighton Library leafing through the pages of Buffon’s Natural History and marvelling at the engravings of animals. At Innerpeffray my pet book is The Treatise of Specters, which is crammed with spine tingling material, lovingly collected and printed in 1658. A visit to Innerpeffray also offers the opportunity to look at the chapel adjoining the library, which has, amongst other attractions, a leper squint – a small window allowing lepers (who were excluded from church) to watch the services from outside. 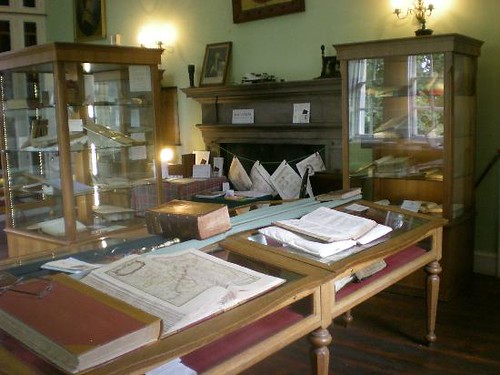 There is, I think, a kind of magic in very old volumes. Bookwitchery, you might say…’