We went via Butcher’s Corner. This was made famous in the whole Bookwitch family when the Resident IT Consultant happened to complain about Daughter having taken a turn on ‘practically’ two wheels, back when he accompanied her on driving practice. 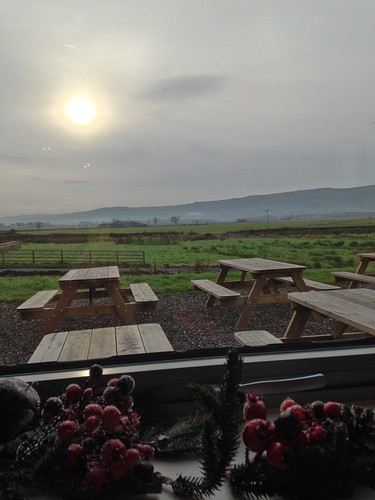 Last week when Daughter was finally legally able to take her ancient mother to Butcher’s Corner – which is actually a farmshop and tearoom – we didn’t do the two-wheel thing. Instead we stopped for elevenses. It was nice being out like this, all on our own. You know, without Daddy, our regular and much appreciated family chauffeur.

Properly fed, we continued to the Antique’s place in Doune, where we could look at ‘everything’ without the Resident IT Consultant needing to ‘go for a walk.’ 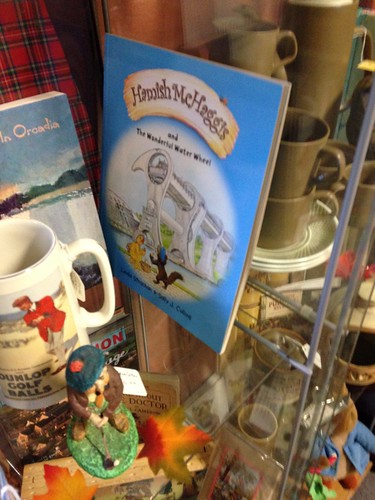 I was pleased to discover Linda Strachan lurking on a shelf, by which I mean her Hamish McHaggis was for sale, alongside much lovely bric-a-brac. 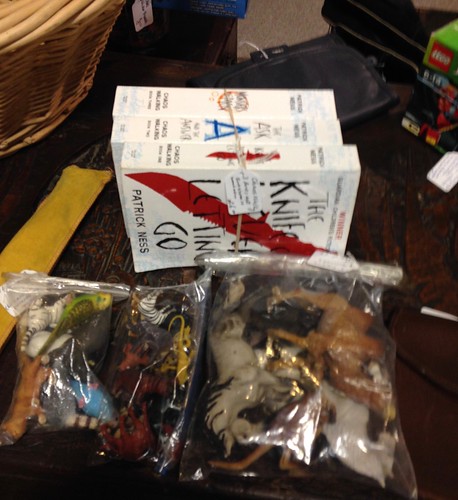 Across the aisle Daughter found a set of tied up Chaos Walking books. And as we waved at them in a friendly way, we discovered a similarly tied up trilogy of Ribblestrop close by. 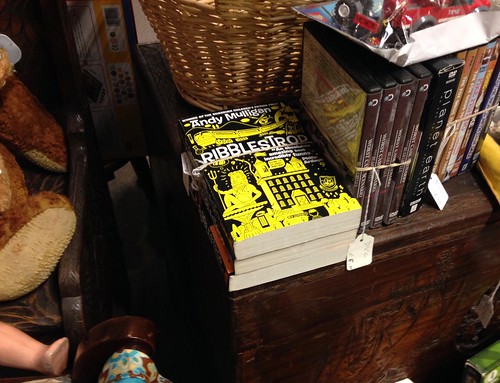 Further into this massive cave of stuff, we encountered Chris Riddell sitting next to someone I won’t mention, so he had to be hidden before we photographed Fergus Crane. 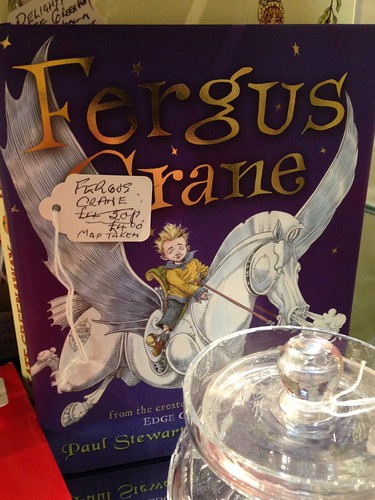 I have to admit the colour co-ordination between the books was good, but limits are there to be obeyed.