Quite early on a Sunday, or Day 5 of the EIBF

I never book tickets for events starting at ten on a Sunday, having discovered in our first year that you can’t get there that early. So this year I decided we’d go and see Michael Morpurgo and Barroux at ten, on a Sunday, just because Alex Nye was doing the chairing. And she clearly wouldn’t get there on time either. We came up with various solutions, wondering if we’d have to hoist Alex over the gate so she’d get in, but she ended up being all right, and so were we.

My Photographer and I were so all right we even had a second breakfast, which sort of helps you keep going when you have events at meal times and such like. In fact, as I rushed in to collect tickets I found a relaxed Michael Morpurgo being done by Chris Close, before the rain. I’d wanted to meet Michael properly this time, and when he saw me he said hello, so I must have looked like a hello kind of witch. I was pleased to discover he was being looked after by Vicki, one of my long-standing publicists. 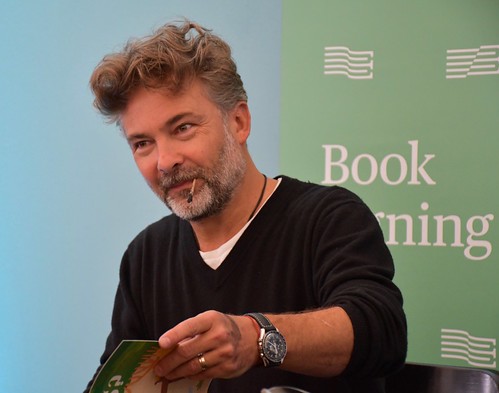 We ran on to Michael’s event in the Main theatre, which was worth every one of those early minutes of trying to get to Edinburgh in time. He didn’t do a signing afterwards, but we watched Barroux painting his way through his part of the signing.

‘Backstage’ we found Ade Adepitan being photographed, in the rain, and I was introduced to Mrs Morpurgo, who had not been expecting a Bookwitch to be thrust on her. 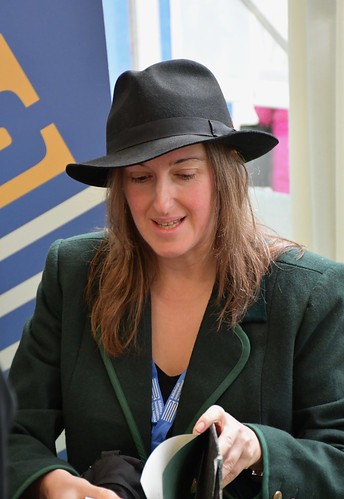 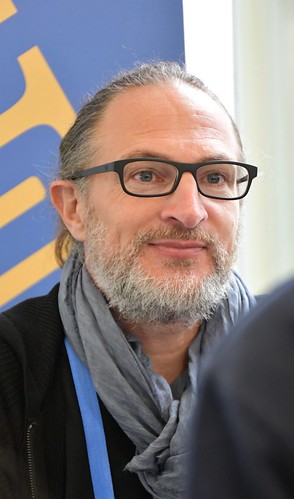 Before going to the Moomin event with Philip Ardagh, we called at the children’s bookshop where I had estimated we’d find Marcus Sedgwick and Frances Hardinge signing after their event, and as a lovely bonus we got a Blue Peter Gold Badge winner, aka former children’s laureate Chris Riddell. He claimed he had only sneaked into the event, but there he was, at the signing table. A chair for a chair? 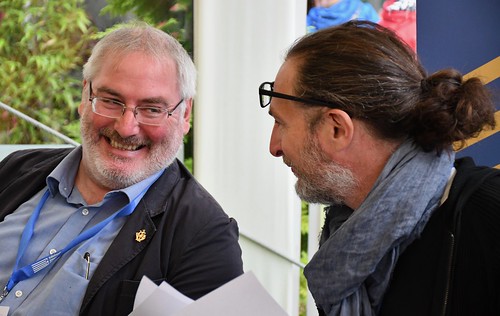 It was time for us to go on to the Corner theatre for Philip Ardagh’s event on the Moomins, before returning to the same corner in the bookshop to chat with him as he signed his rather lovely looking book on his favourite creatures. It is expensive, though, which will be why it was wrapped in plastic, until my Photographer helped by getting her Swiss Army knife out and slashing the wrapping for Philip and his publicist, who was wishing she had sharper nails. 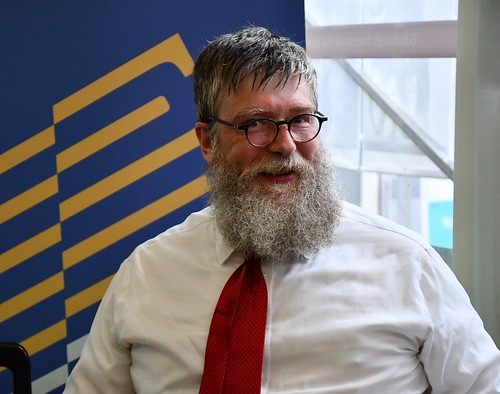 Back to the yurt for a photocall with Ehsan Abdollahi, except he needed an umbrella and we decided it was too wet to snap. (You know, first he doesn’t get a visa, and then we treat him to cold rain. What a host country!)

I thought we could go and catch him at the Story Box where he was drawing, but it was busy, and we left him in peace. I’m glad so many children dropped in for some art with the book festival’s resident artist.

Our early start required us to miss a lot of people we had wanted to see, but who were on much later. And Judith Kerr had been unable to travel, leaving us with more afternoon than expected. 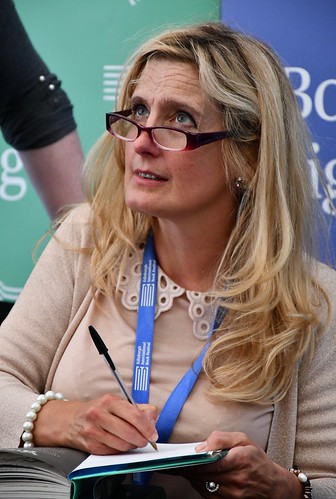 Before leaving for Bookwitch Towers, we made a detour to Cressida Cowell’s signing. Her queue went a long way round Charlotte Square.

By some miracle, the Photographer and I hadn’t quite killed each other by the end of our day.

2 responses to “Quite early on a Sunday, or Day 5 of the EIBF”